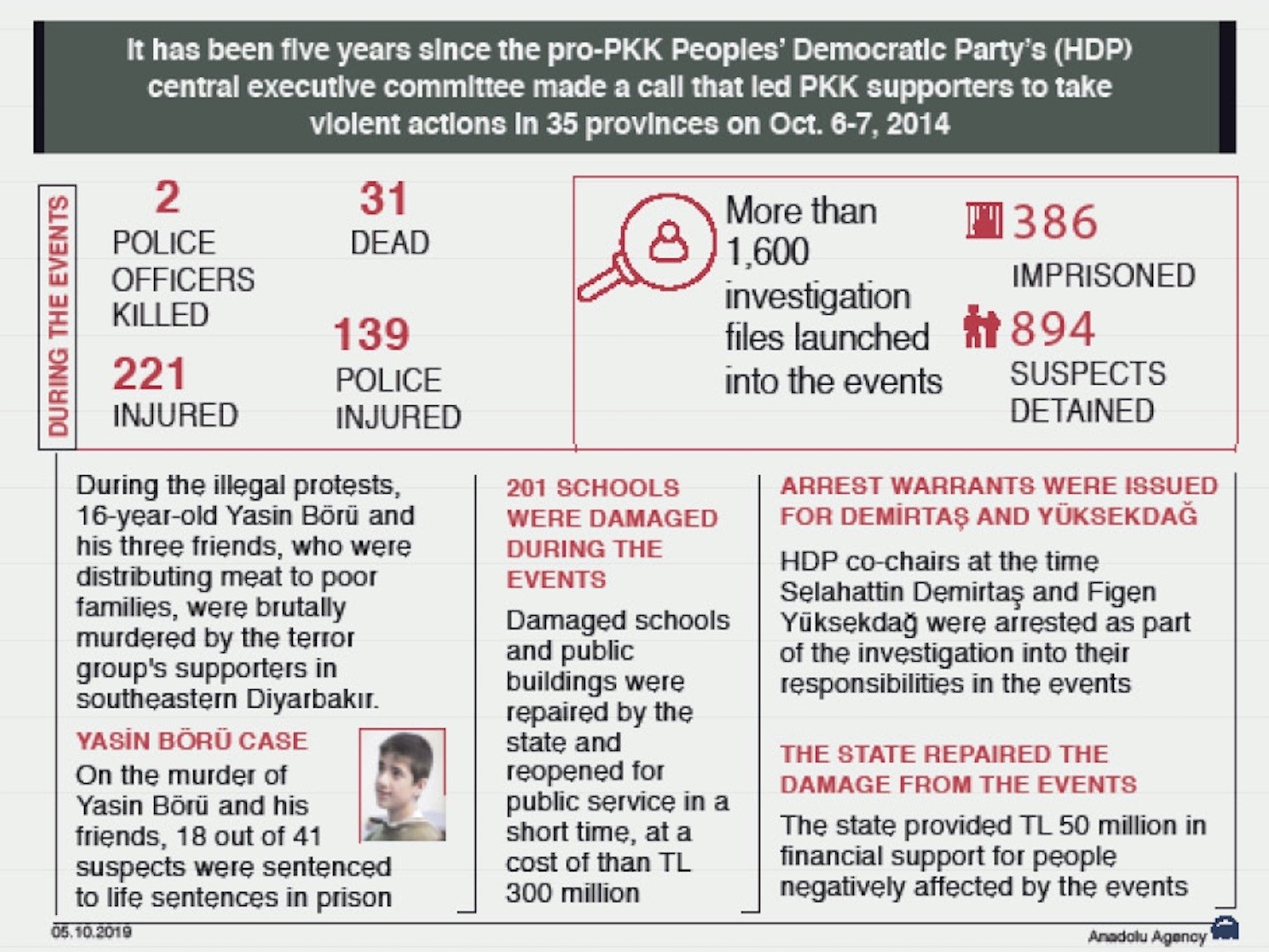 It has been five years since PKK terror group supporters took violent actions on October 6-7, 2014 following the call of pro-PKK Peoples' Democratic Party (HDP). During the violent protests, 31 civilians lost their lives and 2 police officers were also killed. 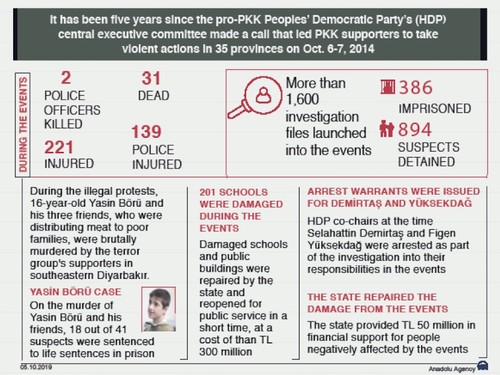 In October 2014, amid the Daesh siege on PKK's Syrian affiliate People's Protection Units (YPG), who held Ayn el-Arab also known as Kobani, then-HDP co-chair Selahattin Demirtaş and other HDP officials called for a major riot, dubbed as the October 6-7 Kobani protests, in which 31 people were killed and some 350 others were injured in clashes between pro-PKK and conservative Kurdish groups and security forces throughout Turkey, especially in the southeast.

During the violent events, 31 people lost their lives including 16-year-old Yasin Börü, who was brutally murdered by the terror group's supporters in southeastern Diyarbakır when he was distributing meat for poor families.

Following the events, more than 1,600 investigation files were launched, 894 suspects were detained and 386 of them were imprisoned. On the murder of Yasin Börü and his friends, 18 of 41 suspects were sentenced to prison for life.

Many public buildings including 201 schools were heavily damaged by the protesters. Damaged schools and public buildings were repaired by the state and re-opened for public service in a short time. The cost of violent attacks were more than TL 300 million. Also, the state provided financial support for craft which were negatively affected by the events. The October 6-7 events were a major blow for the HDP and its public face Demirtaş, who repeatedly stated that they aim to be an umbrella party appealing to all of Turkey instead of a regional and ethnic party. Their later calls, however, found little support. The HDP has come under fire for its close links to the PKK, which is listed as a terrorist organization by Turkey, the U.S., and the EU. Members of the party have so far declined to call the PKK a "terrorist group," and have attended PKK militants' funerals, two of whom were the suicide bombers that killed tens of civilians in multiple bombings in Ankara. In November 2016, 13 HDP lawmakers were arrested, and 10 of them, including HDP co-chairs Selahattin Demirtaş and Figen Yüksekdağ, remain under arrest awaiting trial on charges related to the membership, leadership and committing crimes for the PKK terrorist group.