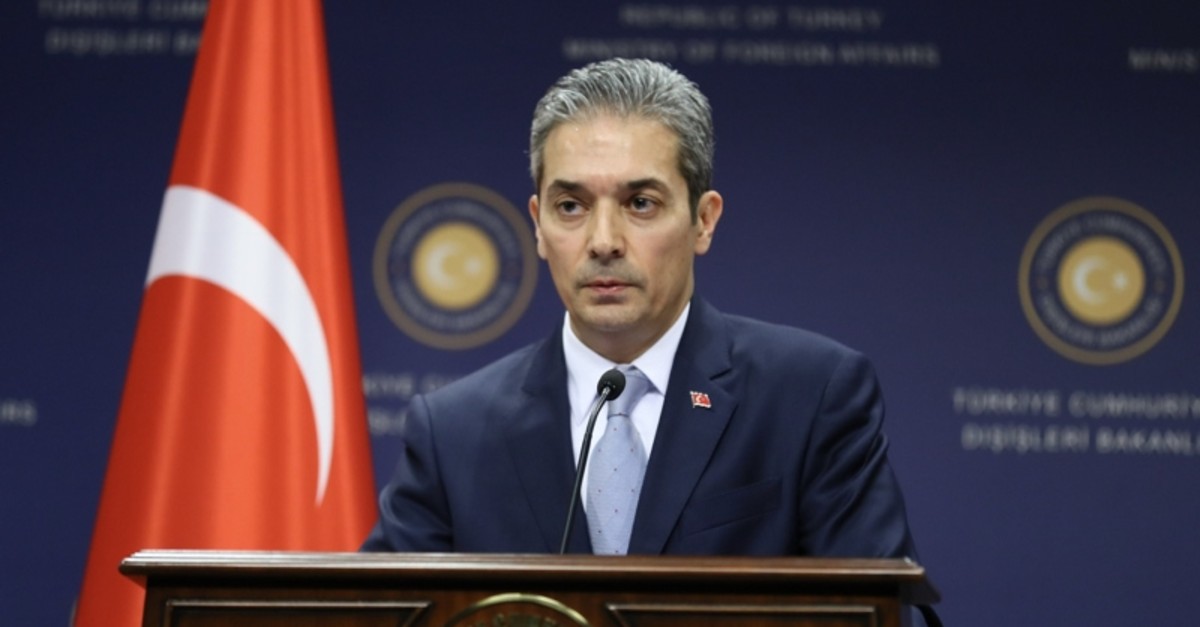 The Turkish Foreign Ministry reasserted late Monday that it was Ankara's fundamental right to take necessary measures against any terrorist threats arising from Syria under international law.

In response to a question about the establishment of a safe zone in the east of the Euphrates, Spokesperson Hami Aksoy stressed that Turkey had acted with well intentions to protect its legitimate security interests as well as to pave the way for the safe and voluntary return of hundreds of thousands of displaced Syrians to their homes, adding that the country had also shown maximum effort in implementing those measures jointly with its allies, especially the United States.

However, Aksoy said: "the promises of U.S. military authorities have not been fulfilled especially in terms of cutting its ties with the YPG (the People's Protection Units)," the Syrian affiliate of the U.S.-designated terrorist group the PKK, which occupies the eastern part of the Euphrates.

Saying that Turkey, as a responsible member of the international community, is committed to combat all forms of terrorism, Aksoy underlined that the country cannot wait and watch the YPG, a terrorist group that is no different than Daesh which is responsible for crimes against Syrian people as well as our people and humanity, occupy a territory along the Turkish border.

"Turkey is determined to establish the safe zone in the east of the Euphrates for both its survival by clearing the (area of) terrorists and protect security and stability in Syria," Aksoy said, underscoring that with the establishment of the safe zone, a serious threat against the territorial integrity and unity of Syria will also be eliminated. The zone will also create a strong ground in fighting against the recurrence of Daesh and similar problems in the future, he added.

These points were also reiterated in the recent phone call between Erdoğan and Trump, he said.

The statement comes in the wake of an announcement by the White House late Sunday which said the U.S. would pull back its forces from northeastern Syria ahead of a "long-planned" Turkish operation.

Turkey has so far rid a 4,000-square-kilometer (1,544-square-mile) area in Syria of terrorist groups in separate cross-border operations. Since 2016, Turkey's Euphrates Shield and Olive Branch operations in northwestern Syria have liberated the region from YPG/PKK and Daesh terrorists, making it possible for nearly 400,000 Syrians who fled the violence to return home to western Syria.