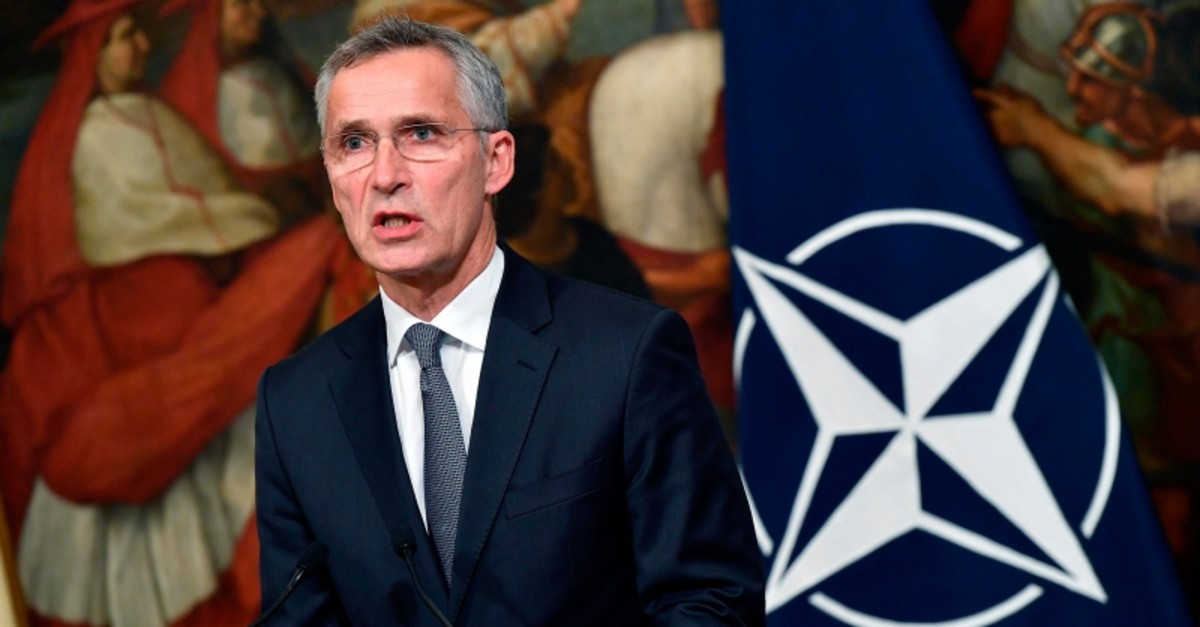 NATO voiced confidence in Turkey's discretion in its counterterrorism operation in northeastern Syria however; some members of the alliance didn't back their ally Turkey.

He said NATO has been informed about Turkey's ongoing operation in northern Syria.

"It is important to avoid actions that may further destabilize the region, escalate tensions and cause more human suffering," he said.

"I count on Turkey to act with restraints and ensure that any action it may take in northern Syria is proportionate and measured," he added.

Stoltenberg will discuss the military action with President Recep Tayyip Erdoğan in Istanbul this Friday.

UN Security Council will also discuss Syria on Thursday at the request of European members.

Germany and France, however, bashed Turkey for its move and called on others to join them.

German Foreign Minister Heiko Maas on Twitter voiced "strictest condemnation" for the offensive, accusing Turkey of destabilizing the region and "risking the resurrection" of Daesh.

"Call on Turkey to stop the offensive and peacefully pursue security interests," he wrote.

De Montchalin said France, Germany and Britain were working on a joint declaration "which will be extremely clear on the fact that we very strongly condemn" the Turkish campaign against the People's Protection Units (YPG) in northeast Syria.

Dutch Foreign Minister Stef Blok also said Wednesday that he had summoned the Turkish ambassador after Ankara launched the military incursion into Syria.

"The Netherlands condemns the Turkish offensive in northeast Syria," Blok said in a statement. "We call on Turkey not to continue on the path they are going down."

Turkey on Wednesday announced the launch of Operation Peace Spring east of the Euphrates River in northern Syria to secure its borders by eliminating terrorist elements to ensure the safe return of Syrian refugees and Syria's territorial integrity.

"We will protect the territorial integrity of Syria, and free the people of the region from the clutches of terror," President Erdoğan said Wednesday.

Turkey has said the terrorist group PKK and its Syrian extension the YPG constitute the biggest threat to Syria's future, jeopardizing the country's territorial integrity and unitary structure. Most of northeastern Syria is controlled by the U.S.-backed Syrian Democratic Forces (SDF), which is dominated by YPG terrorists. The YPG is the armed wing of the Democratic Union Party (PYD), the PKK terror group's Syrian affiliate.

Turkey has also stressed that supporting terrorists under the pretext of fighting Daesh, as the United States has done, is unacceptable.

Earlier this week, the United States pulled its forces from the areas targeted by the Turkish operation.

Turkey has a 911-kilometer (566-mile) border with Syria and it has long decried the threat from terrorists east of the Euphrates and the formation of a "terrorist corridor" there.

Turkey plans to resettle 2 million Syrians in a 30-km-wide (19-mi) safe zone to be set up in Syria, stretching from the Euphrates River to the Iraqi border, including Manbij. However, the presence of terror groups such as the YPG risk its formation.

Turkey has rid an area of 4,000 square km (1,544 square miles) in Syria of terrorist groups in two separate cross-border operations since 2016. Operation Euphrates Shield and Olive Branch purged the region of the terrorist groups Daesh and the YPG.

The two operations were in line with the country's right to self-defense borne out of international law, U.N. Security Council resolutions, especially No. 1624 (2005), 2170 (2014) and 2178 (2014), and under the right to self-defense under Article 51 of the U.N. Charter, while being respectful of Syria's territorial integrity.