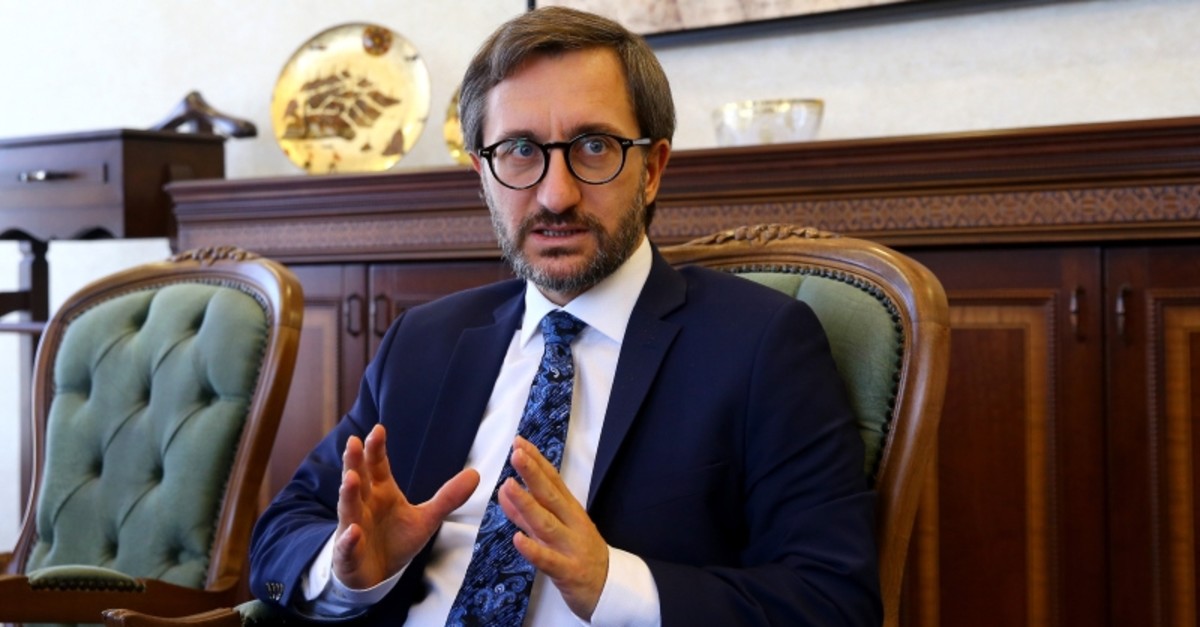 The international community needs to support Turkey's efforts to establish peace and stability in the region by clearing terrorists and allowing the return of Syrian refugees to their homes, Presidential Communications Director said Tuesday.

In an op-ed penned for The Washington Post, Presidential Communications Director Fahrettin Altun said the U.S. has borne the brunt of the anti-Daesh campaign for a long while.

"Turkey, which has NATO's second-largest army, is willing and able to take the lead now and drive it home, bringing millions of refugees back to Syria in the process," Altun wrote.

"At this critical juncture, the international community must rally behind Turkey's rebuilding and stabilization efforts," he added.

"The Turkish military, together with the Free Syrian Army, will cross the Turkish-Syrian border shortly," he said.

Turkey has long called for the U.S. to partner with it in the fight against Daesh, a terrorist group Ankara has worked to root out, arresting and deporting its members within Turkey.

Altun also asserted that the partnership of the U.S. with terror group PKK's Syrian affiliate YPG has been dubbed as "tactical" by American officials, adding that Trump's decision to pull forces back from northern Syria "reflects that view."

"Like the United States, Turkey does not go abroad in search of monsters to destroy. But when monsters attempt to knock down our doors and harm our citizens, we have to respond," Altun wrote.

He asserted that Turkey just aims to eliminate a long-stating threat by the YPG terror group and liberate Syrians "from the yoke of armed thugs."

He also highlighted Turkey's role in the wake of Daesh attacks, saying the country was the first to fight Daesh terrorists in war-torn Syria.

"Our country also helped the Free Syrian Army keep thousands of IS [Daesh] militants behind bars for years," he said. "It is in our interest to preserve what the United States has accomplished, and to ensure that history does not repeat itself."

He also warned YPG terrorists to defect without delay if they are interested in fighting Daesh. In the event of fighting the Turkish military, Altun said Turkey will "have no choice but to stop them from disrupting" its anti-Daesh fight.

"The world has a vested interest in the success of the fight against IS [Daesh] under Turkey's leadership," Altun said, adding that U.S. troops in Syria deserve to return home and the locals, forced into exile by the YPG, get to return to their lands.

The senior official also praised the planned safe zone in northern Syria, saying it is good for Europe because it will address violence and instability in Syria, which he said were the root causes of illegal immigration and radicalization.

Citing Erdoğan's speech on the safe zone at the U.N. General Assembly last month, Altun said up to 2 million Syrians will volunteer to live in a 20-mile secure area spanning from the Euphrates River to the Syria-Iraq border.

"If the safe zone's southern border reaches the Deir el Zor-Raqqa line, that number could reach 3 million, including refugees currently in Europe," he added.

He said Turkey will build on its past experiences in northern Syria to keep the safe zone secure and stable and believes Syrians are equipped to govern themselves through elected local councils.

He warned that Daesh might re-emerge if local representation is not backed in northern Syria.

"Our goal is to supplement those steps with international infrastructure investment for schools, hospitals and housing," he wrote.