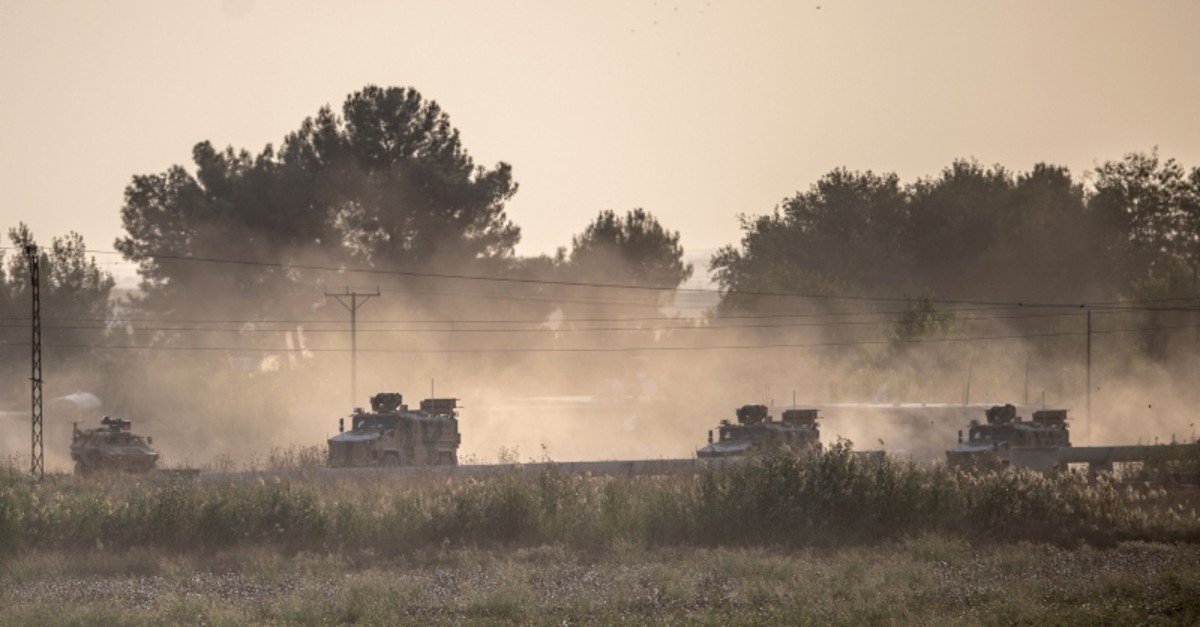 "Our aim is to destroy the terror corridor, which is trying to be established on our southern border, and bring peace to the region," Erdoğan wrote on Twitter.

The operation, dubbed "Peace Spring," will eliminate the terrorist threat to Turkey and ensure Syrian refugees' return to their country thanks to a safe zone in the area, he said.

"We will protect the territorial integrity of Syria, and free the people of the region from the clutches of terror," the president added.

The ministry also summoned ambassadors of other U.N. Security Council members for a briefing. Diplomats said Wednesday that the Security Council will meet Thursday to discuss Syria at the request of its European members.

Foreign Minister Mevlüt Çavuşoğlu said Wednesday that Ankara informed the Assad regime about the operation with a diplomatic note delivered to Istanbul consulate.

Earlier this week, the United States pulled its forces from the areas targeted by the Turkish operation.

Most of northeastern Syria is controlled by the U.S.-backed Syrian Democratic Forces (SDF), which is dominated by YPG terrorists. The YPG is the armed wing of the Democratic Union Party (PYD), the PKK terror group's Syrian affiliate.