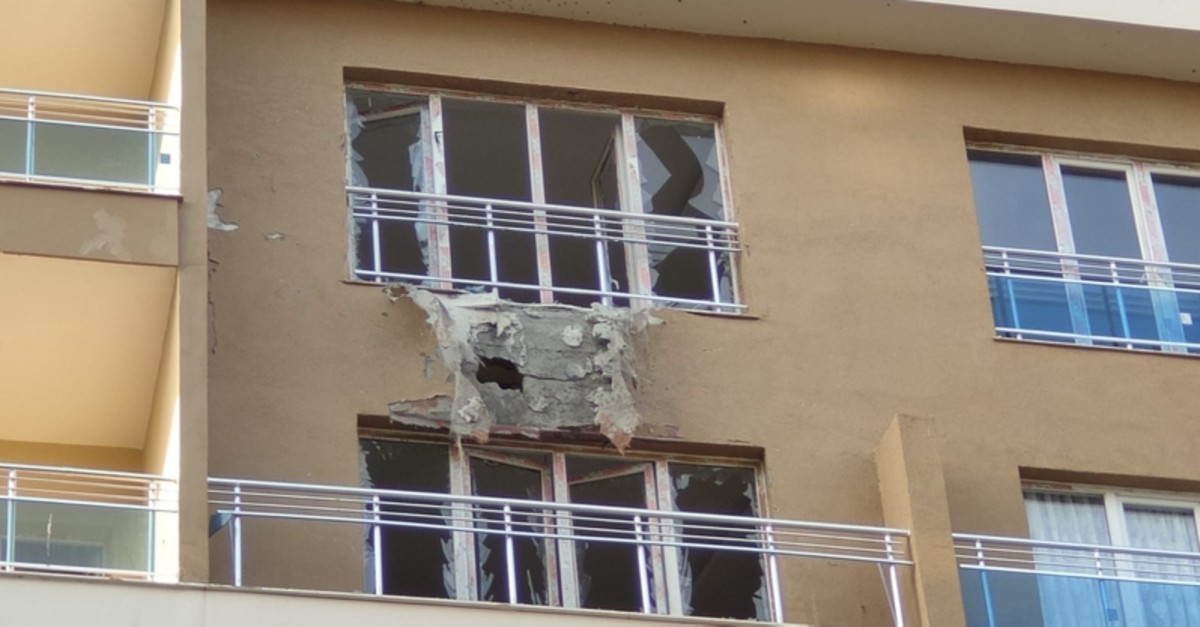 A house in the Akçakale district of Şanlıurfa was later hit in a mortar shell attack by the YPG.

No casualties were immediately reported following the attacks.

Turkey on Wednesday announced the launch of Operation Peace Spring east of the Euphrates River in northern Syria to secure its borders by eliminating terrorist elements to ensure the safe return of Syrian refugees and Syria's territorial integrity.

Turkey has said the terrorist group PKK and its Syrian extension the YPG constitute the biggest threat to Syria's future, jeopardizing the country's territorial integrity and unitary structure. Most of northeastern Syria is controlled by the U.S.-backed Syrian Democratic Forces (SDF), which is dominated by YPG terrorists.