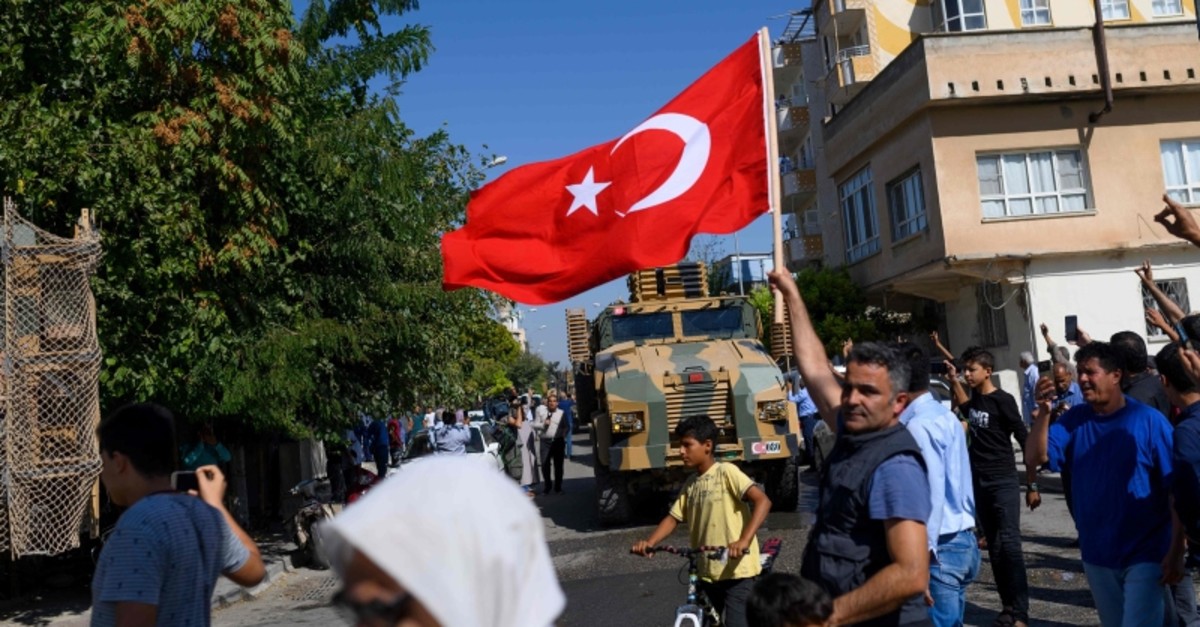 A man waves a Turkish flag as Turkey-backed Syrian opposition fighters enter Tel Abyad from the Turkish gate towards Syria in Aku00e7akale in u015eanlu0131ufa province on October 10, 2019. (AFP Photo)
by Daily Sabah with AA Oct 10, 2019 11:55 am

"The PKK terror organization and its extensions in Syria dragged not only Kurds but all sections in the region into a disaster," their statement said.

"To reach a safe-zone, which was a national demand of the Syrian revolution, and to get rid of the terrorist organizations in the region, we declare our support to Operation Peace Spring," it added.

The group also called on people in the region to stay away from military zones and not to leave their homes.

"Do not follow the provocative discourse spread by the PKK / the People's Protection Units (YPG)," the group warned.

Syria's Independent Kurdish Association (SBKR) is known for its opposition to the YPG/PYD terrorist group.

Abdulaziz Temmo, head of the group, told Anadolu Agency in an interview last year that the the YPG/PKK "does not serve or represent the nation's Kurds".

The PKK — listed as a terrorist organization by Turkey, the U.S. and the European Union — has waged a terror campaign against Turkey for more than 30 years, resulting in the deaths of nearly 40,000 people, including women, children and infants.Turkey has long decried the threat from terrorists east of the Euphrates in northern Syria, pledging military action to prevent the formation of a "terrorist corridor" there.