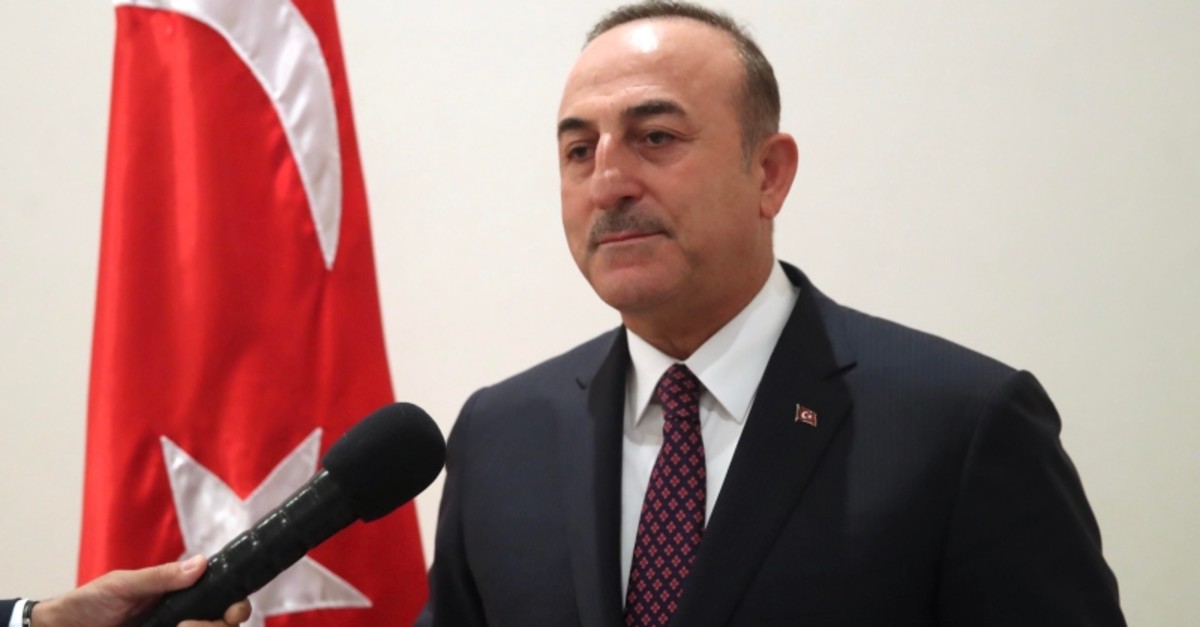 Turkey will be in control of detained Daesh terrorists if the prisons they are being held are located in the planned safe zone, the Turkish foreign minister said on Thursday.

The Turkish Interior, Justice, National Defense and Foreign Ministries as well as intelligence have a coordination working group on the issue, he said.

Women and children should be rehabilitated as another aspect of the fight against Daesh, he added.

"So in every aspect of Daesh -- fighting, dealing with these prisoners, and [rehabilitating] the women and children -- Turkey has been doing its best and will also do what it has to do in Syria as well," he said.

Çavuşoğlu stressed that if the camps or prisons are not within the planned safe zone, there will be nothing Turkey can do to be in control of the detained Daesh terrorists.

"The U.S and others made very clear that they will be staying in the southern part of the planned safe zone that we are going to establish. So, it will be under the responsibility of Americans and the others," said Çavuşoğlu.

'US gives weapons to PKK/YPG'

PKK/YPG have "sophisticated and heavy" U.S. weapons, according to reports from Turkey's military and intelligence, said Çavuşoğlu.

"There should be a serious reason to back this terrorist organization instead of NATO ally," said Çavuşoğlu.

'Return of refugees to be voluntary'

Çavuşoğlu underlined that the return of refugees to the planned safe zone would be on a voluntary basis.

"Already, 370,000 of them went back to these two areas [liberated in Turkey's Euphrates Shield and Olive Branch Operations] voluntarily, and we do our best to supply what they need," he added.

"It has been nine years we never forced refugees," Çavuşoğlu said.

Asked about the EU declining to provide funds for the planned safe zone, Çavuşoğlu said: "We better let the EU countries take the refugees".

Noting that "the big majority" of refugees were prepared to go to European destinations if Ankara allowed, he said: "Either we should have them here or somebody should actually take these refugees".

"This is not blackmail nor a block, but a common problem. We discussed this issue recently with EU Commissioner Avromopulos and the German interior minister that this is a common challenge our societies have been facing," he said.

Çavuşoğlu stressed that the 1998 Adana Agreement between Turkey and Syria could be implemented if there was a political settlement in Syria.

"When there is a political settlement in Syria, then we can talk about this. The regime is not controlling, for instance, the northeastern part of Syria," he said.

Turkey has rights [to clear the area of terrorist groups] emanating from this protocol when the regime is not in control of the region, he added.

Signed in Turkey's southern city of Adana between Ankara and Damascus in 1998, the Adana Agreement aims to ease Ankara's concerns regarding the PKK terrorist group in Syria.

Turkey has a 566-mile (911-kilometer) border with Syria and it has long decried the threat from terrorists east of the Euphrates and the formation of a "terrorist corridor" there.

Turkey plans to resettle 2 million Syrians in a 19-miles (30-kilometer) wide safe zone to be set up in Syria, stretching from the Euphrates River to the Iraqi border, including Manbij. But the presence of terror groups such as the PKK, PYD, and YPG risk its formation.

The two operations were in line with the country's right to self-defense borne out of international law, UN Security Council resolutions, especially no. 1624 (2005), 2170 (2014) and 2178 (2014), and under the right to self-defense under Article 51 of the UN Charter, while being respectful of Syria's territorial integrity.