Turkey will ignore criticism about its anti-terror op, Erdoğan says 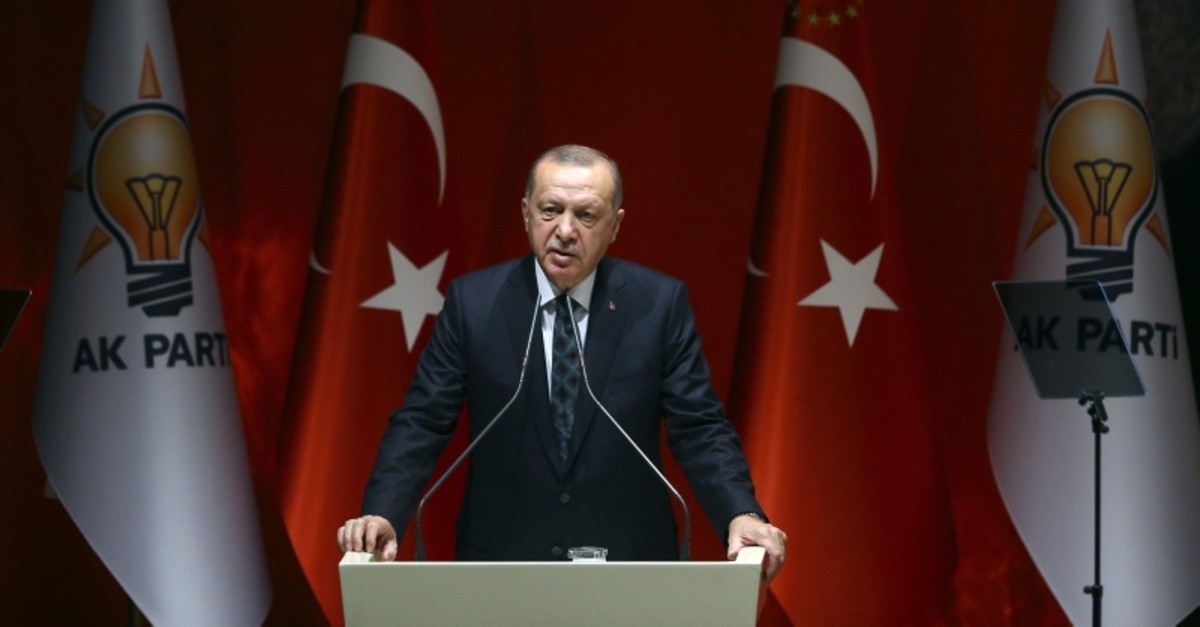 Turkey does not accept criticism regarding its anti-terror operation in Syria as dozens of terrorist groups are roaming freely without any opposition, President Recep Tayyip Erdoğan said Thursday.

"Turkey will ignore criticisms about Operation Peace Spring which we launched against terrorist elements while more than 10 foreign actors roam freely in Syria," the president said.

"I urge Saudi Arabia to look in the mirror and answer for what it has done to Yemen," Erdoğan said.

"And Egypt [referring to el-Sissi], you can't say a thing. You allowed democratically-elected Morsi to die suffering in a courtroom," the president said, noting that the country did not even allow Morsi's family to attend his funeral. "That's the sort of killer you are," he said.

Erdoğan said Ankara will do whatever is necessary for Daesh terrorists found in areas captured as part of the operation, whether it be imprisonment or sending them back to their own countries.

Meanwhile, the president highlighted that Turkey deported 7,600 Daesh-linked suspects from 102 countries, while it blocked the entry of some 77,000 suspects from 151 countries.

"Turkey will keep Daesh fighters who need to be imprisoned in jails, while it will send the ones to their own countries if accepted," the president added.

The president noted that a total of 109 terrorists have been killed since October 9, the start of the operation.