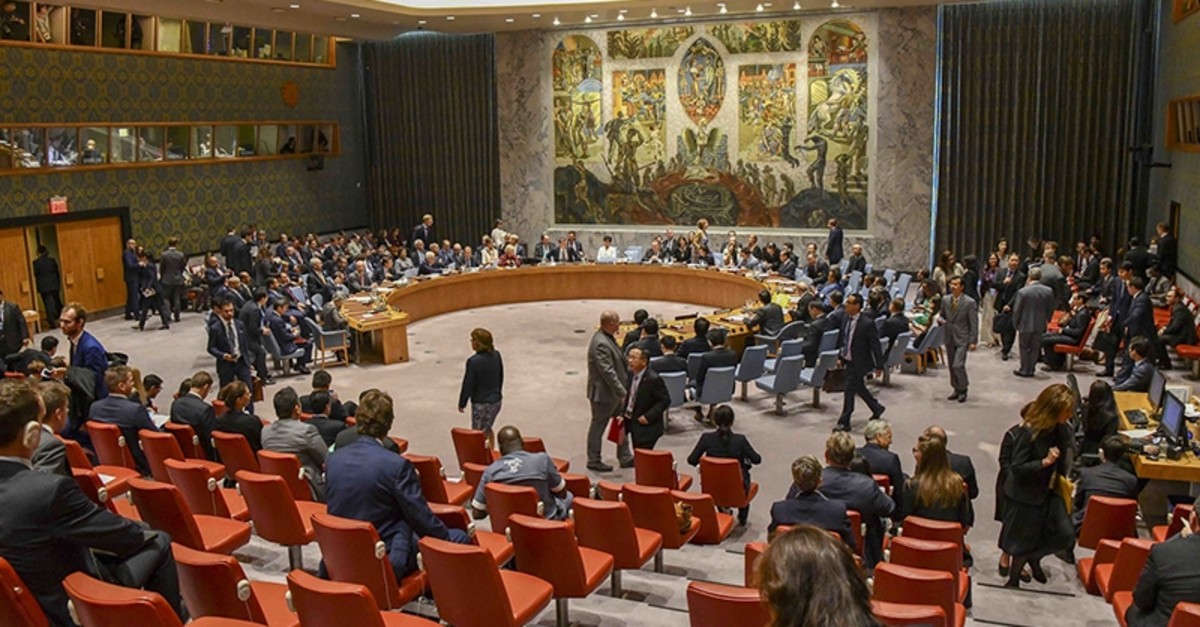 The U.N. Security Council failed to agree on a statement on Turkey's counterterrorism operation in Syria at a closed meeting to discuss the action Thursday.

The U.S. and Russia vetoed a statement by five European members — France, Germany, Belgium, Britain and Poland — condemning the operation.

The five European council members who called Thursday's meeting — there are 15 member countries — urged Turkey in a joint statement afterward "to cease the unilateral military action." They claimed the operation threatens progress against the Daesh terrorist group, despite one aim of the operation being to clear any remaining Daesh terrorists from the region.

Russia's U.N. Ambassador Vassily Nebenzia, whose country is a key ally of Syria's Bashar Assad, told reporters that any council statement on Syria must address broader issues, including the presence of foreign forces in the country.

U.S. Ambassador Kelly Craft told reporters that President Donald Trump "has made abundantly clear" that the United States "has not in any way" endorsed Turkey's decision to mount a military incursion in northeast Syria.

She told reporters the president has emphasized to Turkey's government that it bears "full responsibility" for protecting Kurds and religious minorities, and for ensuring that Daesh terrorists remain in prison and the terrorist group doesn't reconstitute itself.

Craft stressed that Turkey's "failure to do so will have consequences." She didn't elaborate.

According to a press release by the Turkish National Defense Ministry, Akar told Parly in a phone call that the goal of the operation was to eliminate existing terrorist groups in the region, especially Daesh and the People's Protection Units (YPG) east of the Euphrates River to establish a peace corridor to ensure Syrians living in Turkey can return to their homeland.

Akar told Parly that Turkey is "the only NATO and coalition member country that is giving a chest-to-chest fight with Daesh, and neutralized more than 3,000 Daesh terrorists," the statement said.

Akar also informed his counterpart about Turkey's sensitivity on targeting only terrorists, their shelters, positions, weapons, tools and equipment during the execution of the operation.

The utmost attention and sensitivity are being shown to prevent damage to civilians and innocent people as well as historical, cultural and religious structures, infrastructure facilities and elements of friendly and allied countries in the region, Akar added.