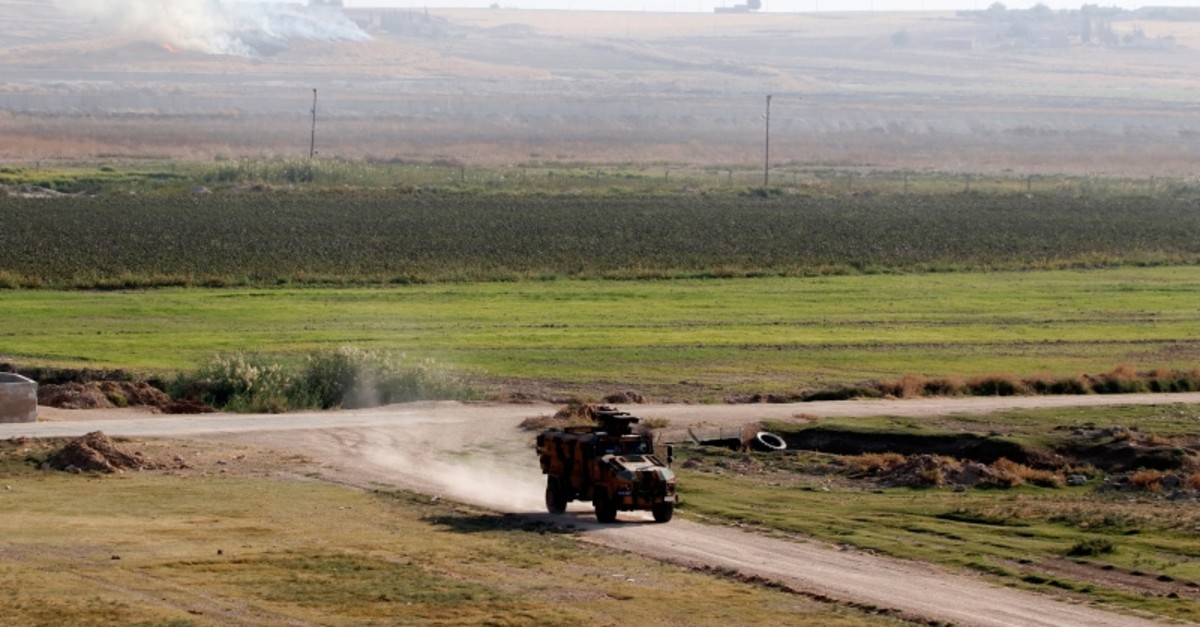 People's Protection Units (YPG) terrorists in Syria's Tal Abyad, where the Turkish military is carrying out Operation Peace Spring, are using a church as a base to attack Turkish troops, security sources said Friday.

According to security sources, the terrorists are using the church to provoke the Turkish army to hit religious institutions, which are deemed off-target.

However, according to the U.S. Rules of Engagement (ROE), religious or cultural properties like this church only have "no-hit targets" status "when such property is used in accordance with its protected purpose," deeming the building a legitimate target. The world is waiting to see Turkey's ROE on the matter, and learn whether such places, including hospitals etc., will be considered "red lines."

Turkish soldiers have taken necessary precautions to ensure safety of civilians and civilian compounds, as the defense ministry highlights that they are paying utmost attention to make sure civilians are not harmed in the operation.

Turkey launched Operation Peace Spring, the third in a series of cross-border anti-terror operations in northern Syria targeting terrorists affiliated with Daesh and the PKK's Syrian offshoot the People's Protection Units (YPG), on Oct.9 at 4 p.m.