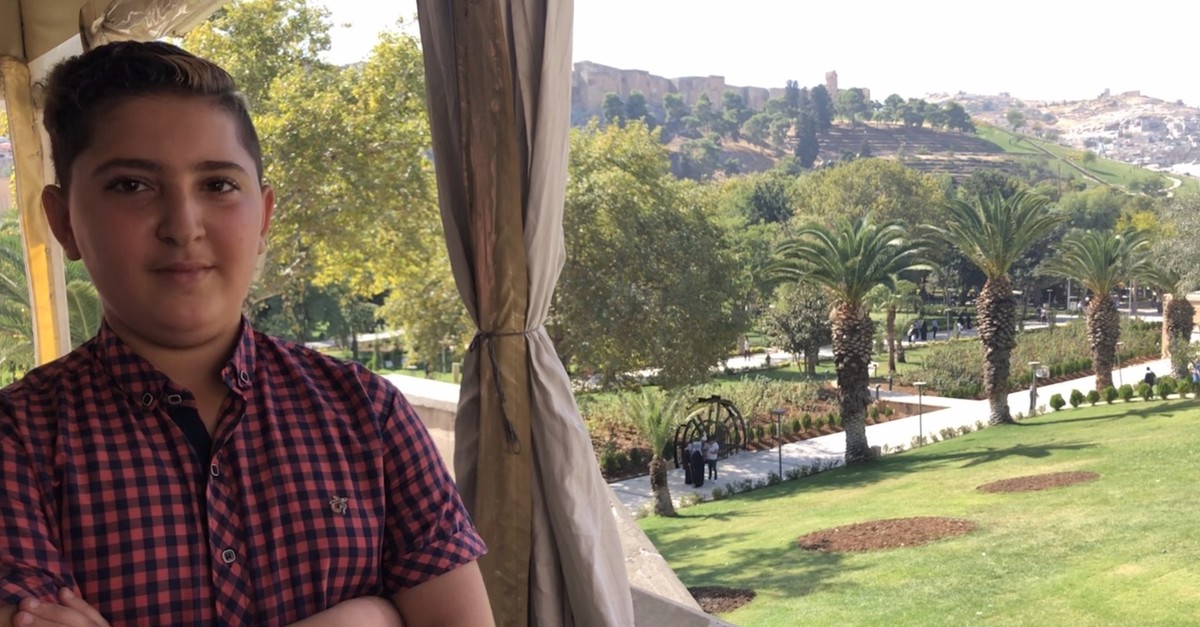 "Of course, I want to return my homeland once it is liberated from occupiers," said Mohammed, a 15-year-old Syrian boy living in Turkey's southern border province of Şanlıurfa with his family.

Just like locals and refugees in the whole region, he is closely following Turkey's recently launched Operation Peace Spring to eliminate terrorist threats and establish a safe zone alongside the Turkish border.

Mohammed is one of many Syrian Arab citizens who fled from northern Syrian territories controlled by the People's Protection Units (YPG), the Syrian affiliate of the PKK terrorist organization. He works in a restaurant to contribute to his father's efforts to take care of his wife and five children. The family is more fortunate compared to most other Syrians since their house still stands undamaged. "However, Kurds are living in our houses now," Mohammed said, referring to the YPG's policy of confiscating locals' houses. This is just one of the terrorist organization's oppressive policies that is mainly aimed to change the demographics in the region.

Having a lengthy record of human rights abuses ranging from arbitrary arrests, recruiting child soldiers, deliberate disruptions of education and health services and torture, the YPG is deemed responsible for ethnic cleansing and destroying and confiscating locals' homes and public buildings by international human rights organizations.

Mohammed's hometown, Tal Rifaat, which was occupied by the terrorist group in 2016 in hopes of linking Afrin with its other northwestern territories, is not included the areas the Turkish military aims to liberate from the YPG with Operation Peace Spring. Yet, he and his family are hopeful for liberation of their lands in the future after the terrorist organization loses its grip in other areas.

Many Syrians from other northern territories have shared the same fate with the 15-year-old boy and his family.

Another Syrian named Mohammed, aged 30, also fled from his hometown, Deir el-Zour, due to threats of the terrorist organizations, including the YPG and Daesh. He is currently studying at Harran University and is working in a pharmacy.

"Returning home? Why not?," Mohammed said, answering a question about Turkey's military operation, despite noting that he doesn't consider to return immediately due to his ongoing education. "Maybe after my graduation and if life becomes normal," he added.