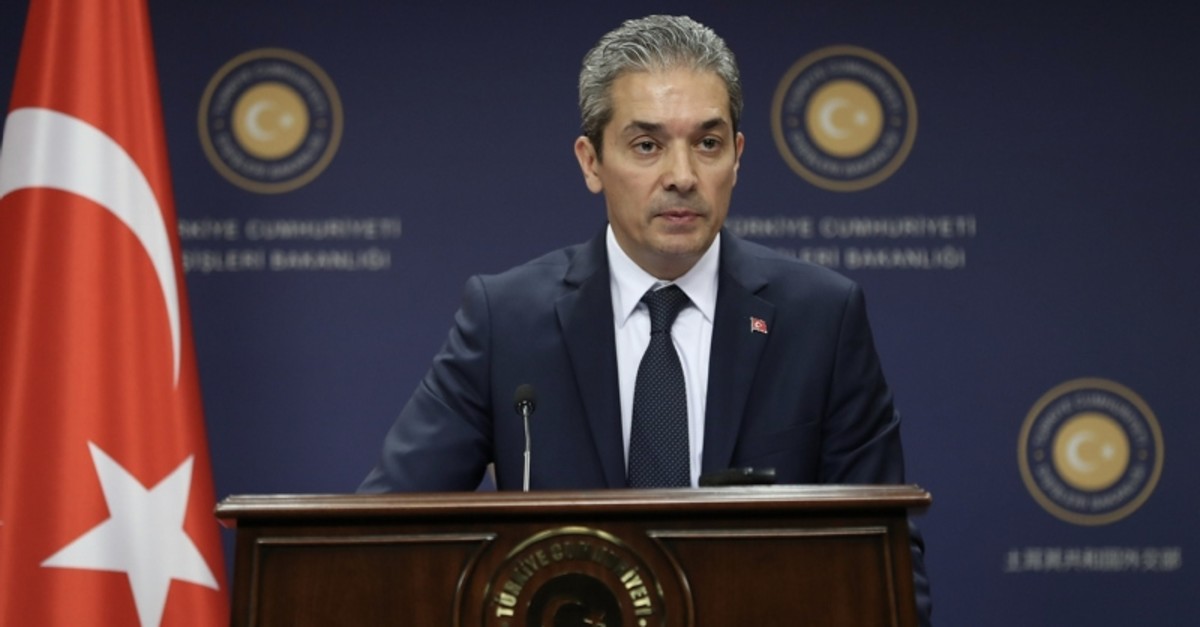 Turkey's Foreign Ministry blasted on Friday a statement by a senior U.N. aid official associating the safe zone to be established in northern Syria to Srebrenica genocide.

"We strongly condemn and totally reject the statement made by Panos Moumtzis, United Nations Regional Humanitarian Coordinator for the Syria Crisis, in which he relates the safe zone to be established in north-east Syria with the Srebrenica genocide," ministry's spokesperson Hami Aksoy said in a statement.

Speaking to reporters in Geneva on Monday, Moumtzis said: ''For us as the U.N., the safe zone concept is one that we have a bitter history (with) and actually we never promote or encourage. We do not think it is something that had worked for the U.N., keeping in mind Srebrenica and what had happened in the past.''

Turkey's reaction to "this irresponsible statement, in which the Regional Coordinator oversteps his limits, has already been conveyed to U.N. officials," Aksoy said.

He stressed that Turkey made the utmost effort in order to prevent the Srebrenica genocide saying that it is "well known by a U.N. official coming from this region.''

Turkish public opinion was "highly sensitive on the Srebrenica genocide and thereby its abuse by a distorted mindset is utterly unacceptable," he added.

The spokesperson also said: "The fact that the said person has not shown any sensitivity while the terror organization PYD/YPG has applied oppression and violence foremost against Kurds, Assyrians, Chaldeans, Arameans and all the people of the region, can also be seen as a manifestation of an unhealthy point of view".

On Wednesday, Turkey launched Operation Peace Spring east of the Euphrates River in northern Syria to secure its borders and Syria's territorial integrity by eliminating terrorist elements and to ensure the safe return of Syrian refugees.

Turkey plans to resettle two million Syrians in a 30-km (19-mile) wide proposed safe zone in Syria stretching from the Euphrates River to the Iraqi border, including Manbij. However, the presence of terror groups such as the PKK, PYD and YPG risk its formation.

More than 300 people have been killed in attacks claimed by Daesh in Turkey, where the terrorist group has targeted civilians in suicide bombings and armed attacks in recent years.

In its more than 30-year terror campaign against Turkey, the PKK-listed as a terrorist organization by Turkey, the U.S. and the European Union -- has been responsible for the deaths of some 40,000 people, including women, children and infants.