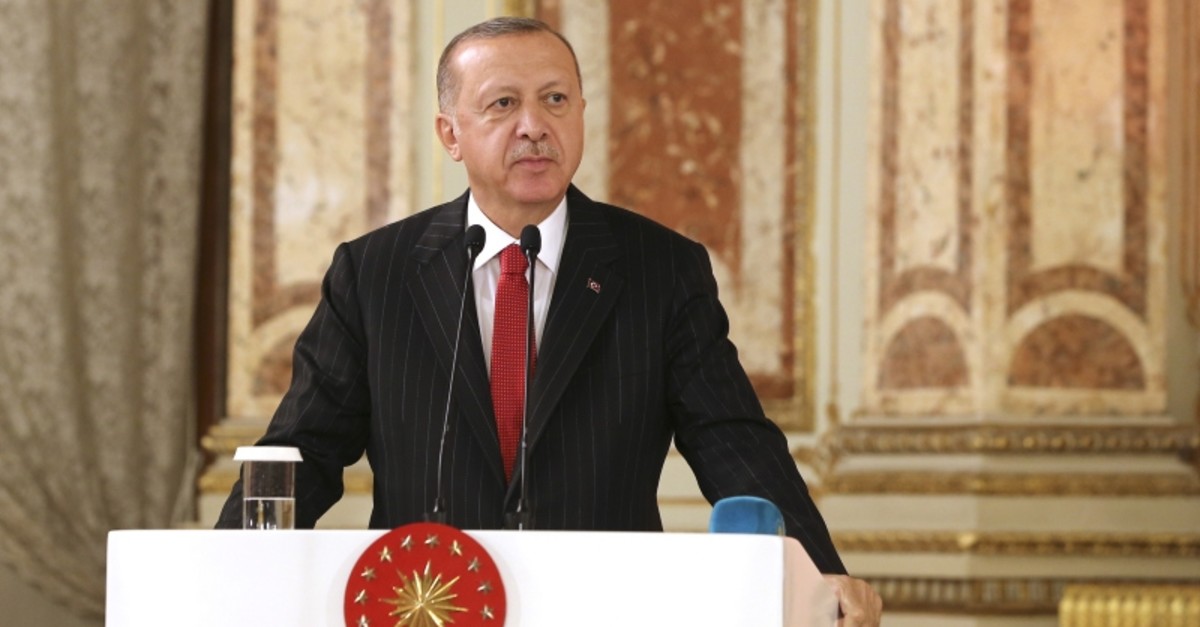 "The west and the U.S. accuse Turkey of killing Kurds. The Kurds are our brothers. Our fight is against terrorist groups," he said, speaking at the opening reception of the Third Conference of the Presidents of the Parliament on "Fighting Terrorism and Strengthening Regional Connectivity" at Dolmabahçe Palace in Istanbul.

"The anti-terror operation is meant to protect the rights of all northern Syrian people — Arabs, Kurds, Yazidis, Chaldeans — not to divide Syria," Erdoğan emphasized.

Turkey will ensure border security and the safe return of Syrians to their homes by clearing terror groups from the area east of the Euphrates River as it did west of the Euphrates, Erdoğan said, referring to two previous anti-terror operations since 2016.

The president said that Turkey's anti-terror operations in northern Iraq and Syria never target the countries' territorial integrity or sovereignty.

He said Turkey cannot wait any longer to combat the People's Protection Units (YPG) terrorists in northern Syria, who have killed hundreds of civilians.

The YPG on Thursday killed a Syrian baby in the Turkish border town of Akçakale, Şanlıurfa, Erdoğan mentioned.

"The YPG has killed hundreds of civilians prior to that," he said, stressing that Turkey cannot wait any longer to act.