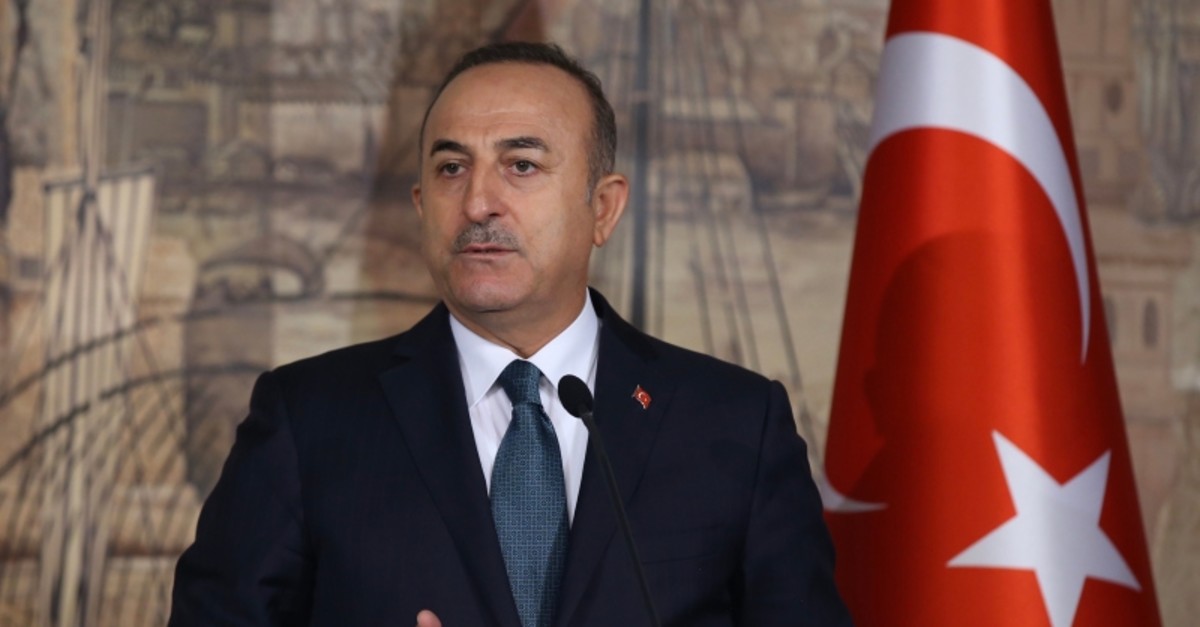 Turkey's fight against the People's Protection Units (YPG) and Daesh terrorists "will not falter," and necessitates the cooperation of all other allies, Foreign Minister Mevlüt Çavuşoğlu said in an article published Friday in The New York Times.

In the article, Çavuşoğlu detailed the grounds for Ankara's anti-terror operation in northeastern Syria, saying the military is not fighting Kurds.

The foreign minister said it is dismaying that the operation is being spun in the U.S. media as an attack on Kurds, weakening the anti-Daesh fight and hurting America's credibility with its allies.

"We had to act," said Çavuşoğlu as he struck down criticisms that the operation harmed the safety of the Kurdish population in the war-torn country.

"I want to repeat and emphasize that Turkey's fight is not against the Kurds. Our fight is against the terrorists. Any description of the situation as 'Turks against Kurds' is malicious and false. Kurds are not our enemies," he wrote.

Çavuşoğlu also criticized U.S. security bureaucracy for failing to bring itself to disengage from the YPG terror group, recalling that former top U.S. officials, including a secretary of defense, admitted that the group has links to the PKK.

In April 2016, former U.S. defense chief Ash Cartner admitted the PYD and YPG are linked to the PKK terror group during testimony before the Senate.

Çavuşoğlu said the YPG is presenting itself to the world as the group that fought Daesh while it also smuggles explosives to the PKK by digging tunnels into Turkish soil.

"We have found its members ushering Daesh prisoners toward Turkey," said the minister, citing a November 2017 BBC report.

The report revealed a secret deal under which the U.S. partner and YPG-led SDF arranged transport and allowed hundreds of Daesh terrorists to escape during the coalition operation to liberate Raqqa.

He said the terror groups, PKK and YPG, have been blackmailing the international community by claiming that the fight against Daesh would falter without them.

"But the fight against those brutal terrorists will not falter, especially if our allies stay the course and cooperate with Turkey," said Çavuşoğlu. "We are the only nation that put boots on the ground against Daesh."

The minister said the target of the operation is "the complex of terror run together" by PKK and YPG, which he said have recruited child soldiers, intimidated dissidents, altered the demography and forced conscription in areas under their control.

He said the Kurds, Arabs, Christians and others who have been suffering under the YPG's yoke will be better off when freed, adding: "the World Council of Aramaean Christians have been asserting this point insistently."

Since 2016, Turkey has conducted two major military operations in northwestern Syria — Operation Euphrates Shield and Operation Olive Branch — to eradicate threats from Daesh and the YPG.

"In the aftermath of those operations the communities that suffered under the terrorists started living in peace and benefiting from orderly governance," said Çavuşoğlu.

The government says 365,000 refugees returned to their home in northwestern Syria following the operations.

The minister said Turkey offered public services for hundreds of thousands of Syrians as well as provide hospital care along with the employment of more than 2,000 Syrian and Turkish personnel in liberated areas.

"Compare Turkey's previous operations to the destruction of Raqqa by the coalition and you will see how carefully we manage counterterrorism operations," Çavuşoğlu wrote.

"The lessons learned in those operations will help us make it even better this time around," he added.

The minister also urged European countries to shoulder their share of the burden in the fight against Daesh and other terror organizations, saying "wishing away the problem cannot be the policy."

In regards to Operation Olive Branch in Afrin, he said Turkey facilitated the creation of local governing councils with a Kurdish majority to reflect the population.

Turkey's third operation will help address the humanitarian dimension of the refugee problem, contribute to the preservation of Syria's unity and add to the political process, he said.

"We are taking the initiative to help create the peaceful conditions that are necessary for the homecoming of millions of refugees," Çavuşoğlu added.