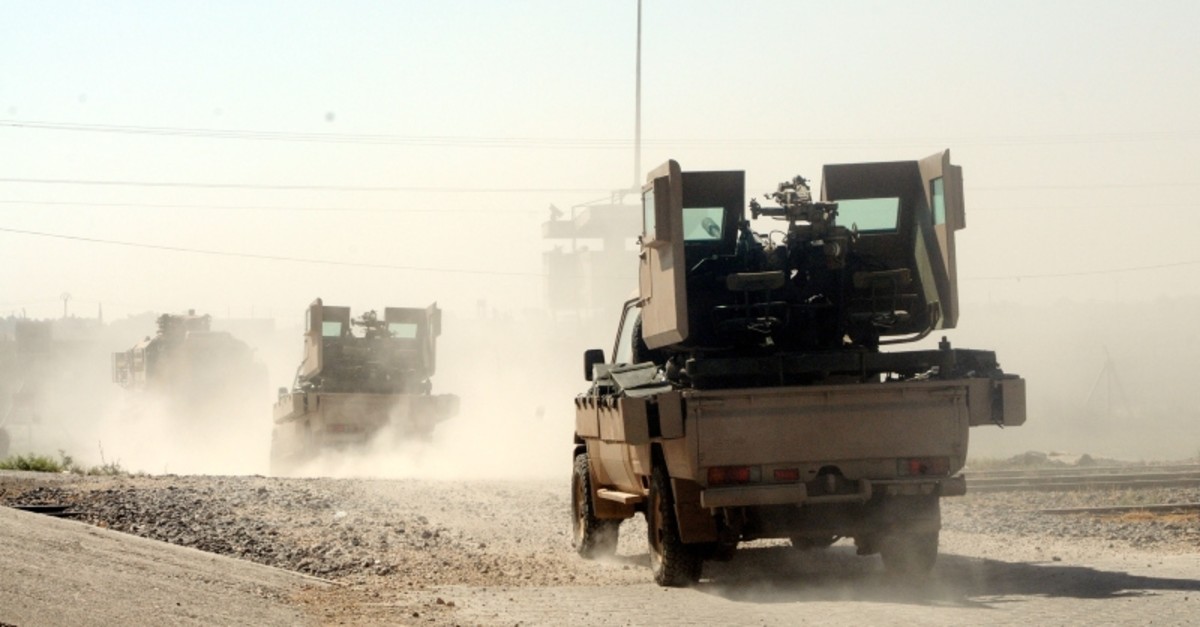 Operation Peace Spring, a cross-border anti-terror operation launched this week by Turkey in northeastern Syria, has filled a vacuum created by the withdrawal of U.S. troops from the area, political observers said Thursday.

Referring to Washington's support for the PKK and its Syrian offshoot the People's Protection Units (YPG), a foreign policy expert from India underlined that backing terrorists under the guise of fighting Daesh was unacceptable.

"No one can take exception to this position of Turkey," said Shastri Ramachandran, who writes on foreign policy issues for India and has been following issues in the Middle East.

On Wednesday, Turkey launched the operation east of the Euphrates River in northern Syria to secure its borders by eliminating terrorist elements and to ensure the safe return of Syrian refugees as well as Syria's territorial integrity.

"In the aftermath of the U.S. decision to withdraw from Syria, Turkey is left with no choice but to fill the opening created by this development," Ramachandran told Anadolu Agency from New Delhi.

U.S. President Donald Trump said Wednesday that Washington had moved 50 of its troops from areas in Syria that Turkey is now clearing of terrorist groups, including the PKK/YPG.

"Fighting between various groups has been going on for hundreds of years. USA should never have been in Middle East," Trump said on Twitter, adding: "Moved our 50 soldiers out."

Senior Middle East expert and Indian journalist Saeed Naqvi said Trump has "given the game away."

"He [Trump] wants Turkey, Russia and Iran to come in [Syria]," Naqvi told Anadolu Agency. "This is simply a hands-off policy. Trump is asking: 'Should it [fighting terror] be [only] my responsibility?'" said Naqvi.

"Turkey, a genuine friend of Pakistan, must have taken this step in consultation with friendly countries," said Khan.

"As a Pakistani, we feel in total solidarity with Turkey and its people," he said, referring to Turkey's Operation Peace Spring.

"The power vacuum is never allowed to last in international affairs, and the launch of the operation against the PKK soon after the U.S. president declared the withdrawal of American assets from the region is a sign of that enduring truth," Bhattacharjee, who works with The Hindu daily, told Anadolu Agency from New Delhi.

"The Operation [Peace Spring]…is the most decisive military campaign of the Syrian battlefield in recent years, and it's quite obvious that the U.S., Iran and other regional powers have given tacit support to the operation to secure Turkey's long-term interests [against the PKK]," he added.

Pakistan-based Mian Abrar, who writes on terrorism issues in South Asia, believes Operation Peace Spring will clear the remaining pockets held by terrorist outfits like Deash and the PKK.

"It is a prudent move that would frustrate designs of the Balkanization of Syria and help restore Syrian sovereignty," he said, referring to alleged attempts by the West to carve out a new state from Iraq, Syria and Turkey.

Abrar stressed that Ankara had learned from the experience of Pakistan, which suffered immensely after the Afghan war.

"Pakistan faced hard times due to the spillover effect of terrorism, and this [Turkish] operation was imminent," he argued.

He added that Operation Peace Spring would open a new vista for a regional alliance between Turkey, Russia, Iran, Pakistan, China and central Asian states against terrorism, especially Daesh, the PKK and the Taliban.

Arguing that Turkish operations were in conformity with Turkey's right to self-defense under international law and U.N. Security Council resolutions, Ramachandran said Turkey itself has been a victim of the terror group.

"At least 300 people have been killed by Daesh in attacks it claimed within Turkey; there were also suicide bombings, armed attacks and targeting of civilians," he said.

He said Turkey's fight against these forces, including the PKK, YPG and Daesh, "is not new or beginning now."

"The PKK, YPG are responsible for killing 40,000 people, including women and children [inside Turkey], and Turkey's [current] fight [is] part of a 30-year battle against the terror campaign of these forces," he added.

All eyes on Turkey

Observers feel that the world is watching Turkey's operation in Syria and it needs to take utmost care with regard to the human rights of civilians.

"Turkish forces have to take care that in the course of their operations, civilians are not killed or wounded, and civilian casualties do not happen even as collateral damage," Ramachandran said.

Bhattacharjee fears the operation may generate a vast number of displaced civilians.

"[It might] unleash a major humanitarian crisis and regional states must gear up to help the civilians," he said.

According to the United Nations, Turkey hosts the world's largest number of Syrian refugees at around 3.5 million since the war started in Syria in 2011.

"We will not accept anyone being harmed by Operation Peace Spring, especially civilians," Erdoğan said.