Targeting US or coalition troops during Turkey's op. out of question, Akar says 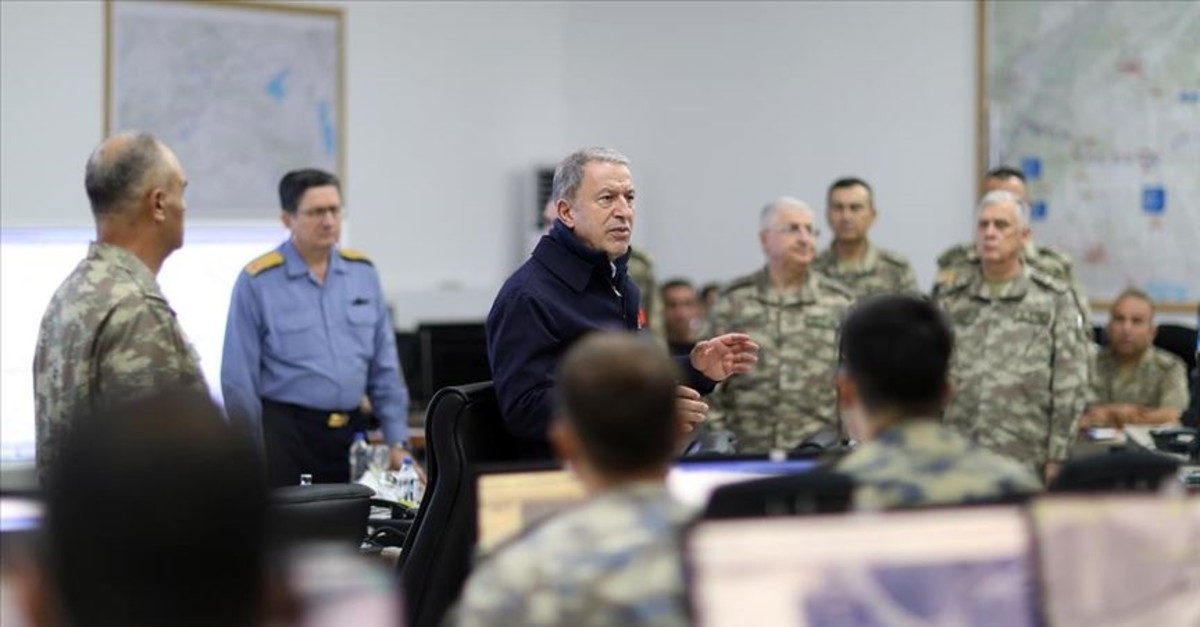 Targeting U.S. or coalition soldiers during Operation Peace Spring is out of the question, Defense Minister Hulusi Akar said Saturday.

Akar made the statement at the command center near the border line, where he was briefed about the latest developments regarding Turkey's anti-terror operation in northern Syria.

He noted that necessary coordination is made with the U.S. to avoid any clashes with the coalition troops.

The minister highlighted that the Turkish military is carrying out a significant campaign for the future of the country.