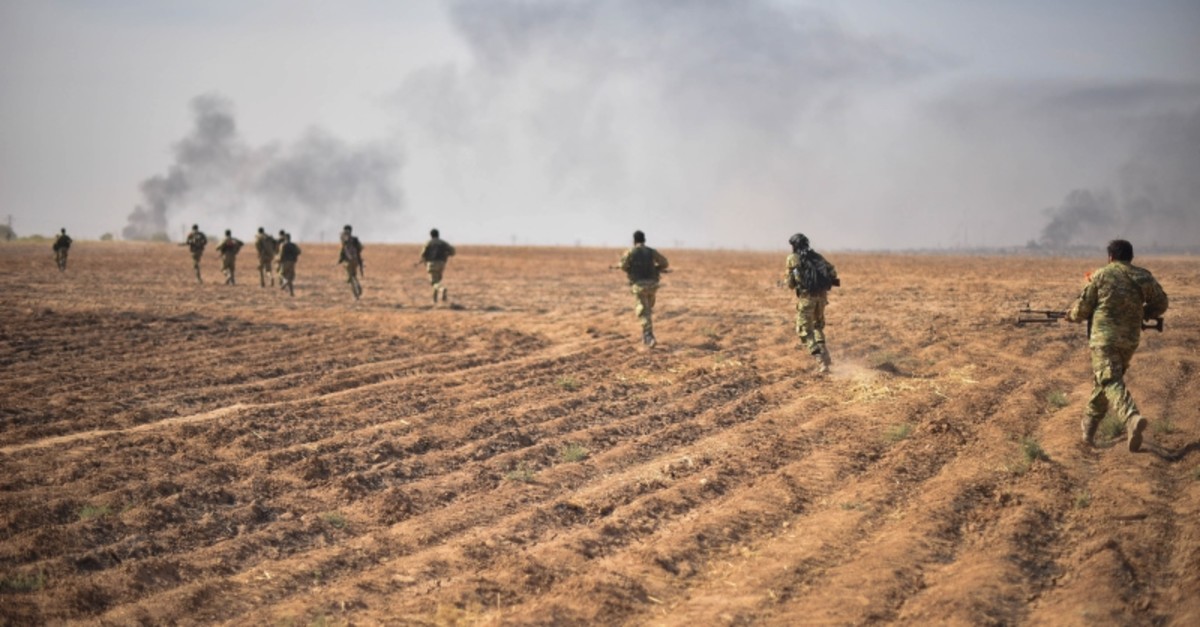 "Ras al-Ayn's residential center has been taken under control through the successful operations in the east of the Euphrates (River)," the Defense Ministry said.

The Britain-based Syrian Observatory for Human Rights, an opposition war monitor, confirmed that Turkish troops have entered the town adding that fighting is still ongoing.

The Turkish military and allied Syrian opposition forces have been advancing in villages around Tal Abyad and Ras al-Ayn, under the cover of Turkish artillery and some airstrikes.

The Turkey-backed troops confiscated a Humvee belonging to the YPG terrorists in Ras al-Ayn. The Humvee is produced by Indiana-based American heavy vehicle and contract automotive manufacturer AM General and is primarily used by the U.S. military.

The U.S. has been providing financial and equipment assistance to the YPG terrorists despite Turkey's opposition.

Earlier on Saturday, the SNA cut a road connecting Syrian towns along a section of the border where the Turkish army is carrying out Operation Peace Spring.

The road is one of the major supply routes used by the terrorist PKK-linked People's Protection Units (YPG).

Youssef Hammoud, spokesman for the Turkey-backed National Army, said fighters had cut the 712 road that links Tal Abyad and Ras al-Ayn - the focal points of the Turkish operation that began on Wednesday.

The road hugs the border in some places and in others extends a number of kilometers (miles) into Syria.

"This advance was on a new and surprise front ... between Tal Abyad and Ras al-Ayn. On this front, they were able to cut the roads linking together Suluk, Tal Abyad, Ras al-Ayn with the villages in the area," he said in a statement to Reuters.

He said 18 villages had been captured in the advance.