Turkey is not afraid of sanctions, Foreign Minister Çavuşoğlu says 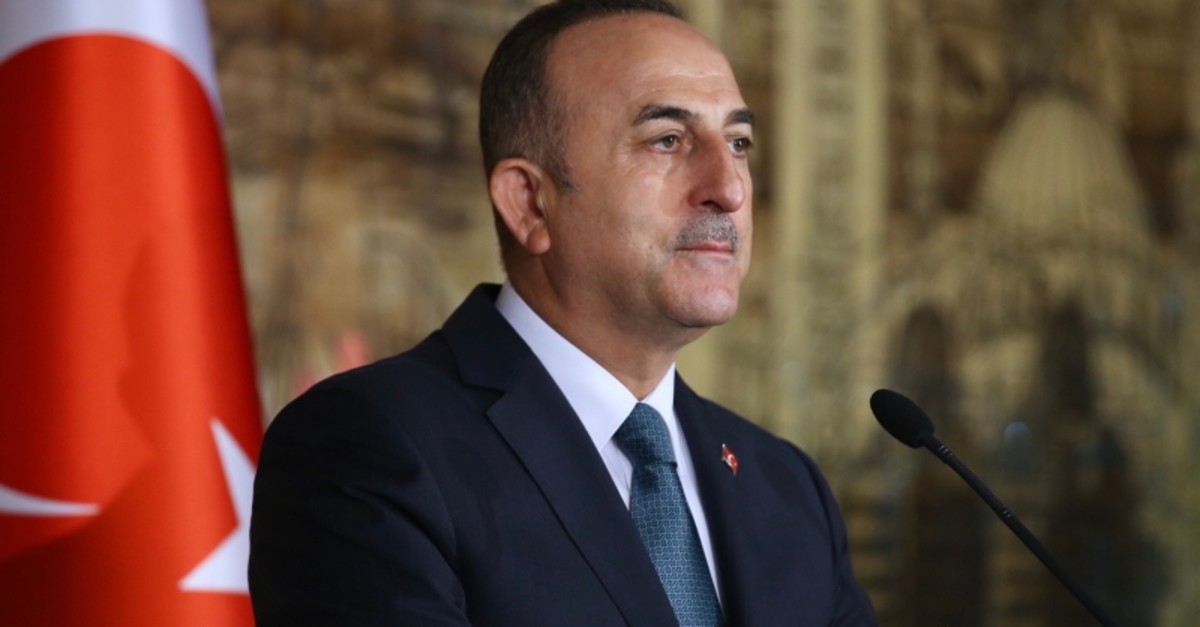 Foreign Minister Mevlüt Çavuşoğlu on Saturday said Turkey is not afraid of any sanctions against it.

"If Turkey was afraid of sanctions, we would not have started this operation [in northern Syria]. This is a vital national security issue for us," Mevlüt Çavuşoğlu told Germany's public international broadcaster Deutsche Welle.

Reiterating that Turkey will respond tit-for-tat to possible U.S. sanctions, Çavuşoğlu stressed that no country has the ability to down Turkish economy.

On Friday, U.S. Treasury Secretary Steven Mnuchin said President Donald Trump has authorized an executive order that will allow the Treasury in consultation with the president and Secretary of State Mike Pompeo "very significant new sanctions authority that can be targeted at any person associated with the government of Turkey, any portion of the government.

"The president is concerned about the ongoing military offensive and potential targeting of civilians, civilian infrastructure, ethnic or religious minorities, and also the president wants to make very clear it is imperative that Turkey not allow even a single ISIS fighter to escape," Mnuchin said, using another name for Daesh.

Underlining that Turkey is combating terrorism, he said the U.S. should not support terror groups YPG/PKK.

"We do not mediate and negotiate with terrorists. The only thing to do is to let the terrorists take away their weapons," he said.

He also said that some EU countries especially France back the terror groups in the region.

Referring to the detainees in the prisons which are under control of the SDF -- a major component of which has been the YPG -- he said necessary steps will be taken to prosecute them.

Turkey launched Operation Peace Spring in northern Syria on Wednesday to secure its borders by eliminating terrorists there and to ensure the safe return of Syrian refugees and Syria's territorial integrity.

Ankara wants to clear the region east of the Euphrates River of the terrorist PKK and its Syrian offshoot, the PYD/YPG.