Turkish operation defends NATO, EU borders as well as its own 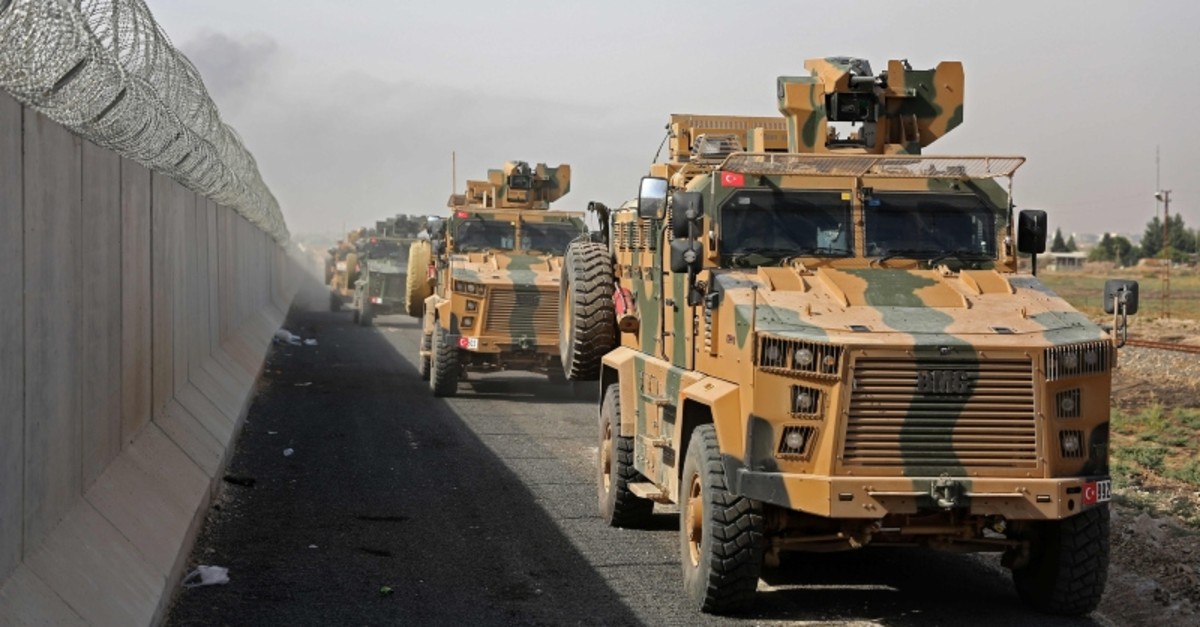 Operation Peace Spring is an attempt to remove terrorist elements threaten the world and yet, due to misconceptions, this aim of Turkey is miss understood by NATO and the EU

Due to the existence of widespread misconceptions, Turkey is forced to frequently explain that securing its southern border from terrorist elements is also a step toward ensuring the safety of NATO and EU borders, since these terrorists not only pose a threat to Turkey but to the world as a whole, experts said.

"There are two main points that have to be emphasized in the international arena. The word 'operation' instead of 'invasion' needs to be made accepted internationally and the fight against Daesh has to be underlined," İlhan Kesici of the Turkish group at the NATO Parliamentary Assembly told Daily Sabah, explaining what needs to be done to understand Turkey's reasons for launching an operation.

This suggestion by Kesici comes as a response to the widespread use of misinformed terms in the international arena, which eventually distorts what Turkey really does and causes the EU and NATO to go against the country. Particularly when Western media insists on using the word "invasion" when referring to Turkey's attempt to establish a safe zone in northern Syria which would not only secure the border, fighting terrorists, but also enable Syrian refugees that have been separated from their homes since the war started in 2011 to return to their country.

Turkey is taking firm steps toward this aim by creating a peaceful and safe atmosphere for refugees, while it also has concrete plans to build homes, schools, mosques and necessary civilian infrastructure for them to return.

However, misuse of terms and distortion of reality is only one aspect of the anti-Turkey stance. A member of the Turkish Group of NATO, Cengiz Aydoğdu, also pointed out that NATO lost its purpose and began taking a different stance toward Turkey over time, the main reason why the organization lacks support for the country.

"Turkey's fight against terrorism, [the very same terrorism] which inflicted pain upon the world, is ignored. As Turkey, we will put forth our rightfulness, yet those who do not want to hear certain things won't hear it. They use their communicational channels toward this aim, however, we will continue to explain our legitimate struggle," Aydoğdu stated.

Turkey has been one of the most important members of NATO since its accession to the Alliance in 1952 and continues to contribute to the alliance. Being a member for 67 years and with its experience in the Middle East as well as the fight against terrorism, Turkey has been one of the five most contributing countries to NATO missions and operations, with the second-largest army in the alliance.

Even though NATO acknowledged that Turkey "has legitimate security concerns," having suffered "horrendous terrorist attacks" and hosting thousands of refugees, as Secretary-General Jens Stoltenberg said a few days ago: Some members of the alliance didn't back their ally Turkey.

When on Wednesday Turkey announced the launch of Operation Peace Spring east of the Euphrates River in northern Syria to secure its borders by eliminating terrorist elements to ensure the safe return of Syrian refugees and Syria's territorial integrity, Germany and France bashed Turkey for its move. They called on others to join them. German Foreign Minister Heiko Maas on Twitter voiced "strictest condemnation" for the offensive, accusing Turkey of destabilizing the region and "risking the resurrection" of Daesh. France's European Affairs Minister Amelie de Montchalin also condemned the operation within minutes of Ankara launching cross-border strikes.

"Their policies and words are not reflected in their implementations," said Aydoğdu.

"Just as the U.S. managed to label its military invasion of Iraq as a 'military operation,' Turkey which carries out a legitimate fight has to voice its rightfulness incessantly. Turkey is not just fighting the People's Protection Units (YPG) or the PKK but it stated that it fights 'all terrorist organizations' in the south. Almost all parties support the operation, now what needs to be done by the government – and also by the opposition – is to make people understand its legitimacy," Kesici continued.

Turkey has said the terrorist group PKK and its Syrian extension the YPG constitute the biggest threat to Syria's future, jeopardizing the country's territorial integrity and unitary structure.

Most of northeastern Syria is controlled by the U.S.-backed Syrian Democratic Forces (SDF), which is dominated by YPG terrorists. Turkey has a 911-kilometer (566-mile) border with Syria and it has long decried the threat from terrorists east of the Euphrates and the formation of a "terrorist corridor" there.

Hosting nearly 3.6 million refugees, Turkey plans to resettle 2 million Syrians in a 30-kilometer wide safe zone in Syria, stretching from the Euphrates River to the Iraqi border, including Manbij. However, the presence of terror groups such as the YPG jeopardizes its formation.