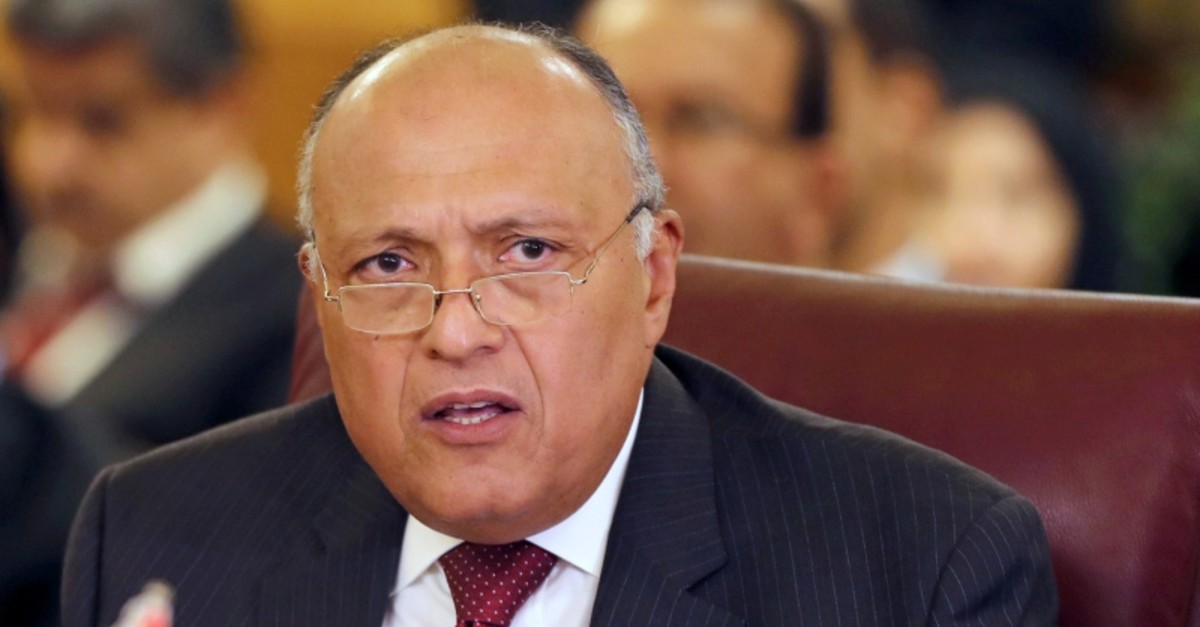 Co-chairs of the so-called Syrian Democratic Council, Riyad Derrar and Ilham Ahmed, visited Cairo upon invitation from the government of President Abdel Fatah el-Sissi. The SDC is the political wing of the U.S.-backed Syrian Democratic Forces (SDF).

Shoukry reportedly said Egypt attaches great importance to the territorial integrity of Syria and is on the same terms with all elements in the country.

The talks were held shortly before the Arab League foreign ministers' summit on Syria, which was called by Egypt after Turkey launched Operation Peace Spring in northern Syria.

Relations between Ankara and Cairo soured after Egypt's first and only democratically elected President Mohamed Morsi was overthrown in a military coup led by el-Sissi.

The operation, conducted in line with the country's right to self-defense borne out of international law and U.N. Security Council resolutions, aims to establish a terror-free safe zone for Syrians return in the area east of the Euphrates River controlled by the SDF, which is dominated by YPG terrorists, Syrian offshoot of the PKK.