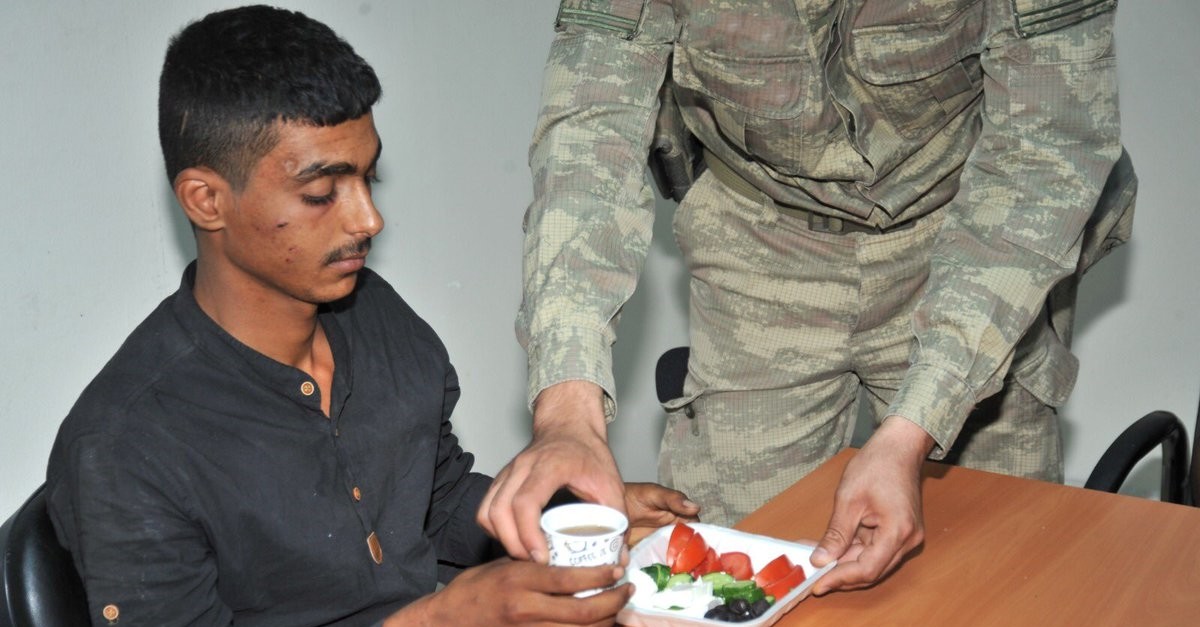 Turkish security forces are taking care of and providing food for the members of the PKK terrorist group’s Syrian affiliate, the People’s Protection Units (YPG), who surrendered.
It was reported that 24 terrorists surrendered since Turkey launched its cross-border, anti-terror operation in northern Syria.
As footage released by security forces showed, the surrendered terrorists were being taken care and being provided food.
It was also reported that the terrorist group has started to execute members who they suspected of surrendering following the successful launch of the operation.