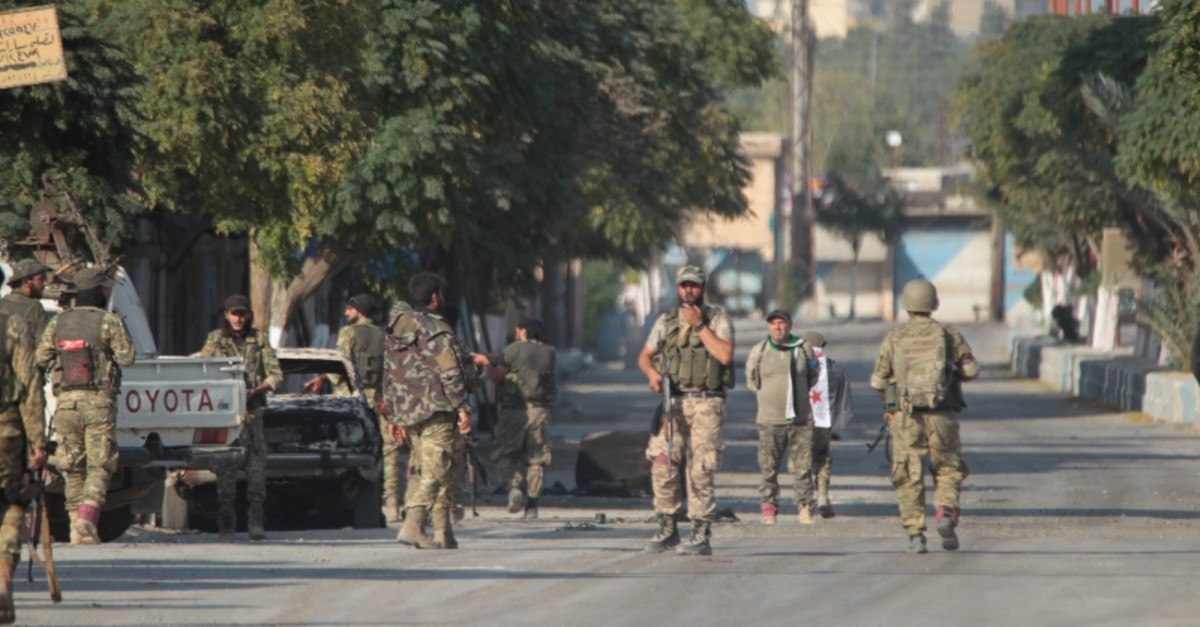 State media, which said the troops were moving to face "Turkish army aggression," did not say where the regime troops were deploying in northern Syria.

Earlier Sunday, the Lebanese broadcaster al-Mayadeen said Bashar Assad's forces would deploy within 48 hours to the town of Ayn al-Arab which is held by the PKK's Syrian affiliate, the People's Protection Units (YPG), and the nearby town of Manbij which is controlled by YPG-aligned forces.

The towns fall within a swathe east of the Euphrates River controlled by the YPG terrorists that is currently being targeted in an operation by Turkey and the Syrian National Army (SNA).

Turkish and SNA forces continue fighting with YPG terrorists in the eastern districts of the town.

With the recent advancements, the number of villages liberated in northern Syria's Tal Abyad and Ras al-Ayn during Operation Peace Spring has reached 42.