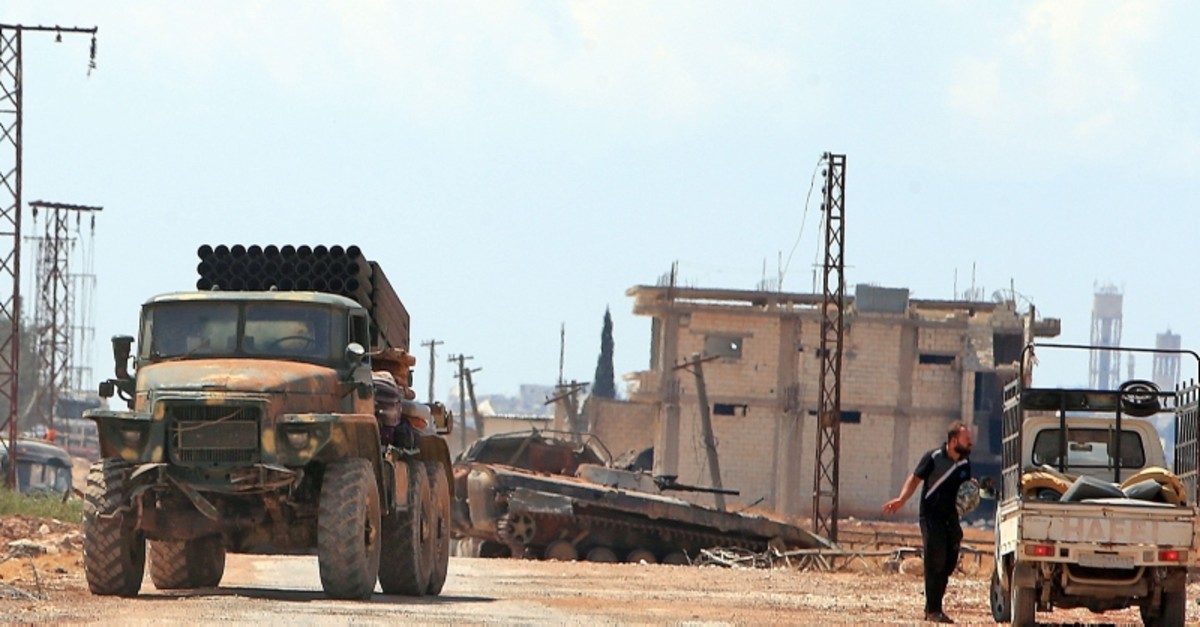 The move comes after the regime reached an agreement with the People's Protection Units (YPG) terrorists controlling the region to deploy into the area to counter Turkey's Operation Peace Spring.

Tal Tamr sits on a strategically important highway, the M4, that runs east to west. Turkish forces had seized the highway Sunday.

Assad forces have reportedly set up a military checkpoint on the M4.

The town is 35 km (20 miles) southeast of Turkish border town of Ceylanpınar, which is used by the Turkish military and its allies to cross into Syria.