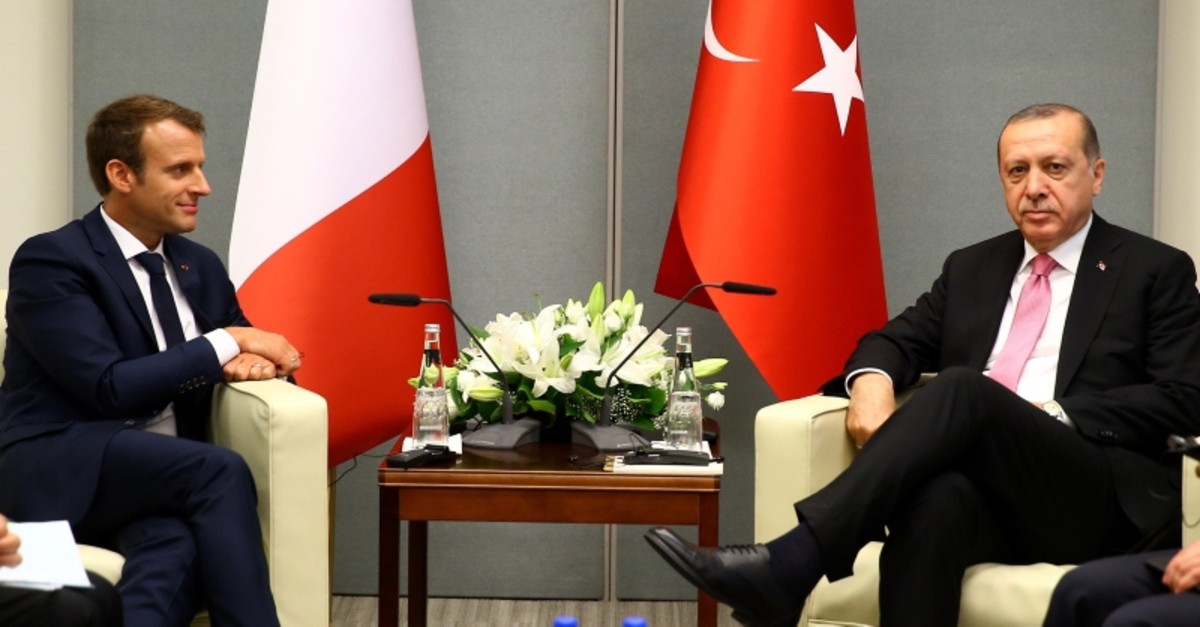 Erdoğan told Emmanuel Macron about the threat that PKK/YPG and Daesh terrorists in northern Syria pose to both Turkey's security and Syria's territorial integrity.

Erdoğan said the operation would contribute to regional and global peace and stability, the presidency said.

Before the phone call, Macron had criticized the operation, claiming in particular it could help a revival of terrorist group Daesh.

Turkey has pushed back against the criticisms, saying it expects its NATO allies to stand with it in fighting terrorism. He also accused countries which refuse to repatriate their nationals who joined Daesh -- like France -- of hypocrisy in anti-terrorist efforts.