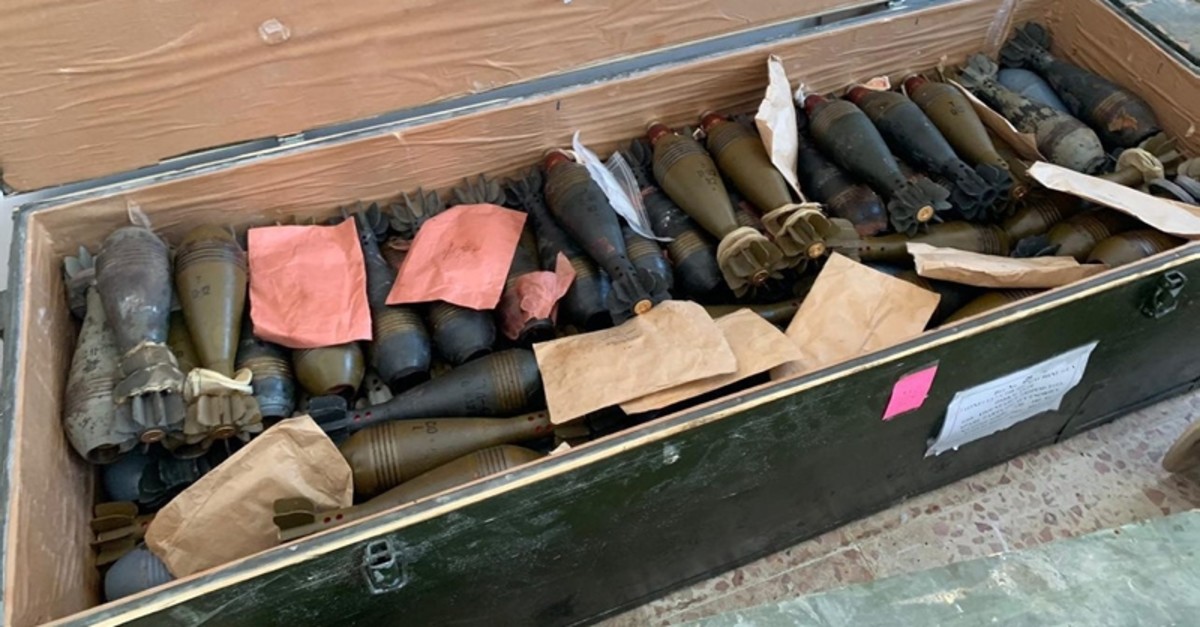 SNA troops seized the weapons following the city's liberation in Operation Peace Spring, the third in a series of cross-border anti-terror operations in northern Syria targeting terrorists affiliated with Daesh and the YPG, which was launched on Oct. 9 at 4 p.m.

The Arab-majority city was occupied by Daesh terrorists in July 2014. The Syrian Democratic Forces (SDF), which is dominated by the PKK-linked YPG, captured the city a year later with the given support by the United States.

The YPG terrorists then forcefully deported Arab and Turkmen citizens along with the Kurdish people who did not accept the terror group's ideology, threatening that the coalition would conduct airstrikes on the area unless they complied

Turkey has long been arguing that arming one terrorist group to fight another is unacceptable.

Operation Peace Spring, conducted in line with the country's right to self-defense borne out of international law and U.N. Security Council resolutions, aims to establish a terror-free safe zone for Syrians return in the area east of the Euphrates River controlled by the U.S.-backed SDF.