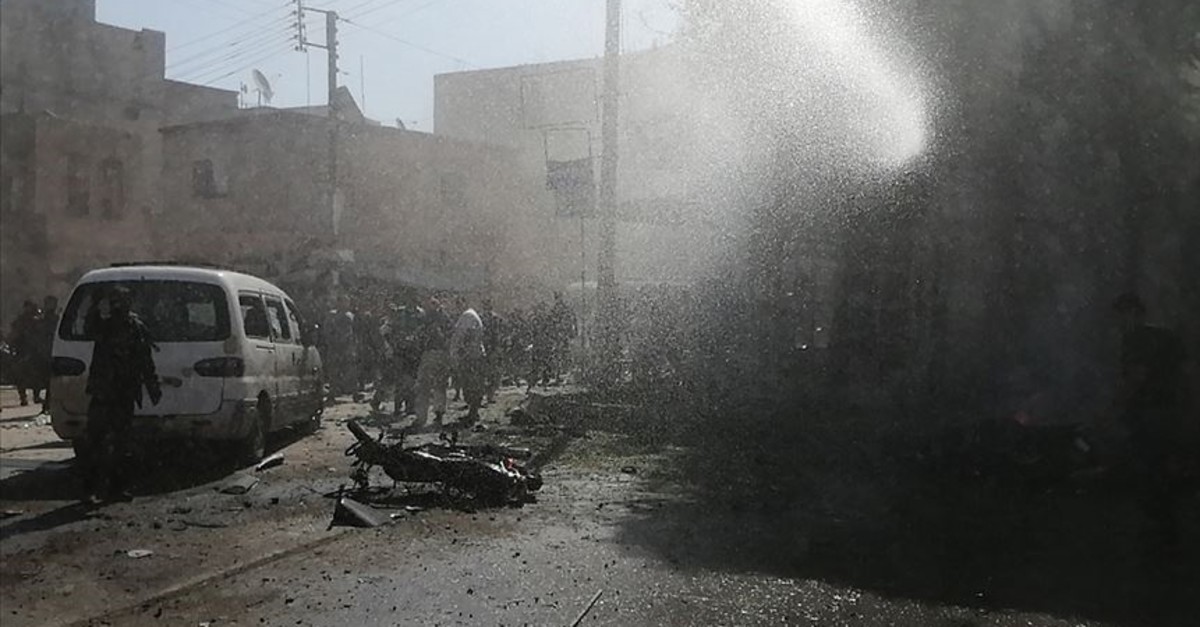 The terror group fired mortar bombs from northern Syria's Ayn al-Arab (Kobani) city, near Turkey's border, at a civilian camp in Jarablus, which had been captured from the Daesh terror group in 2016 during Turkey's Operation Euphrates Shield.

Three children were injured in the mortar attack, one of the recent terror attacks of YPG/PKK group on civilians.

Ankara wants to clear northern Syria east of the Euphrates River of the terrorist PKK and its Syrian offshoot, the PYD/YPG.