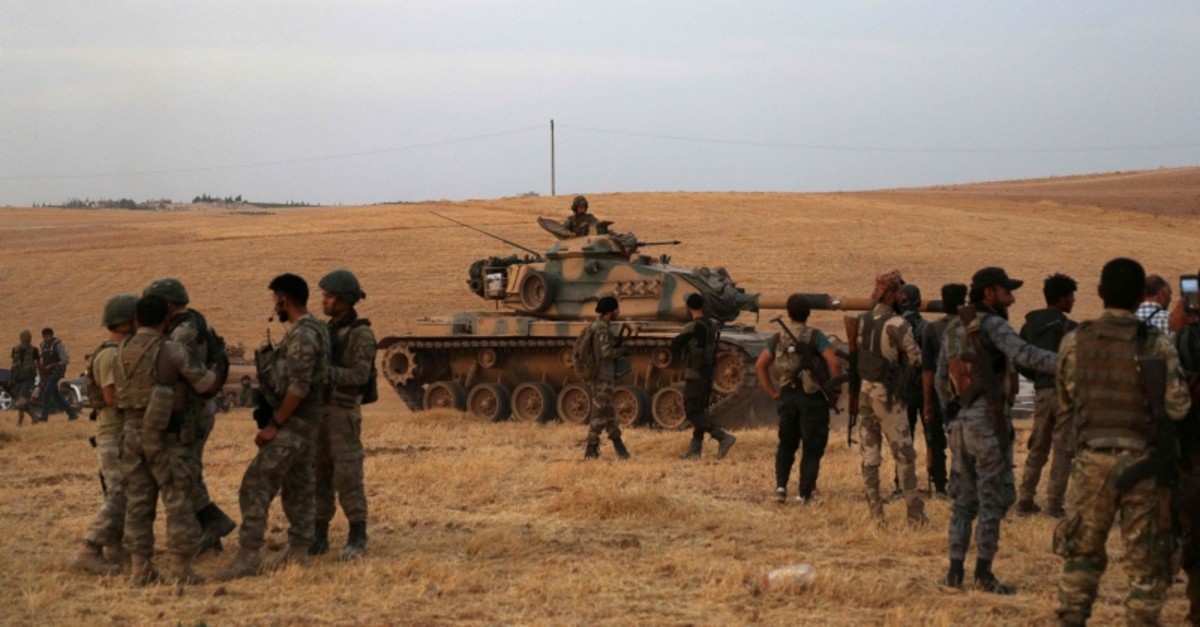 Turkish and Syrian National Army soldiers gather on the northern outskirts of the Syrian city of Manbij near the Turkish border on October 14, 2019. (AFP Photo)
by Daily Sabah Oct 15, 2019 8:13 am

The operation is continuing successfully as planned as it enters its 7th day, the minister said.

Since 2016, Turkey's Euphrates Shield and Olive Branch operations in northwestern Syria have liberated the region from YPG/PKK and Daesh terrorists, making it possible for nearly 400,000 Syrians who fled the violence to return home.
RELATED TOPICS