'Get out, run!': French Daesh terrorists reveal how YPG set them free 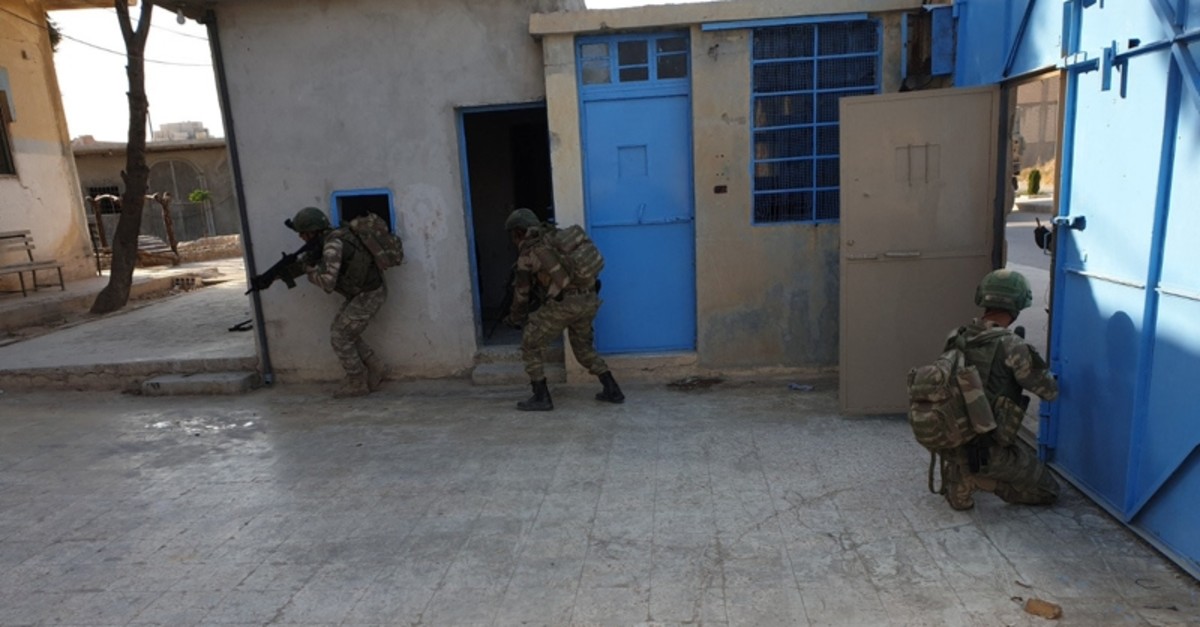 Turkish soldiers during an operation into a prison were Daesh terrorists were supposed to be held, but turned out to have been set free by the YPG (AA Photo)
by Daily Sabah Oct 15, 2019 5:03 pm

The militants kept in a prison in Ayn Issa, 50 km north of the terrorist group's former de facto capital Raqqa, were set free by YPG/PKK terrorists, according to the newspaper.

The ten French women, either wives or sisters of Daesh terrorists and their 25 children were taken out of the camp on October 13, four days into Turkey's anti-terror operation against YPG-occupied Syrian territories.

"Like the others, the ten French women went out in haste with their children," the paper said in the piece.

Citing one of the Daesh members that reached the paper via social media, Le Parisien said that the YPG told them to "get out, run."

"All of a sudden, the Kurds told us 'Get out, run!' We did not understand anything," one Daesh member told the newspaper. "They opened the doors for us, then they burned the tents where we lived."

The authors of the piece, Le Parisien's Edith Bouvier and Céline Martelet, later question the very possibility that more Daesh terrorists might be set free by YPG militants.

"Is the same scenario likely to happen again as fighting approaches these areas?" the authors ask, saying that they contacted the French Ministry of Foreign Affairs about the matter. According to them, the ministry only said they were "very carefully monitoring the situation on the ground."

President Recep Tayyip Erdoğan also previously said that reports of Daesh prisoners escaping is disinformation meant to provoke the United States and the West. As with Le Parisien's report, the situation proved otherwise, revealing that the YPG has set free at least 10 Daesh terrorists and their children on purpose.

The PKK-affiliated YPG has been trying to use captured Daesh terrorists as a bargaining chip, hoping to provoke the West against Turkey by issuing false statements, saying Ankara was targeting the camp with strikes. Turkey has denied multiple times any claims of strikes on Ayn Issa camp.

"We are not eying the territory of Syria. We stand against those who want to divide and smash Syria," Erdoğan said.