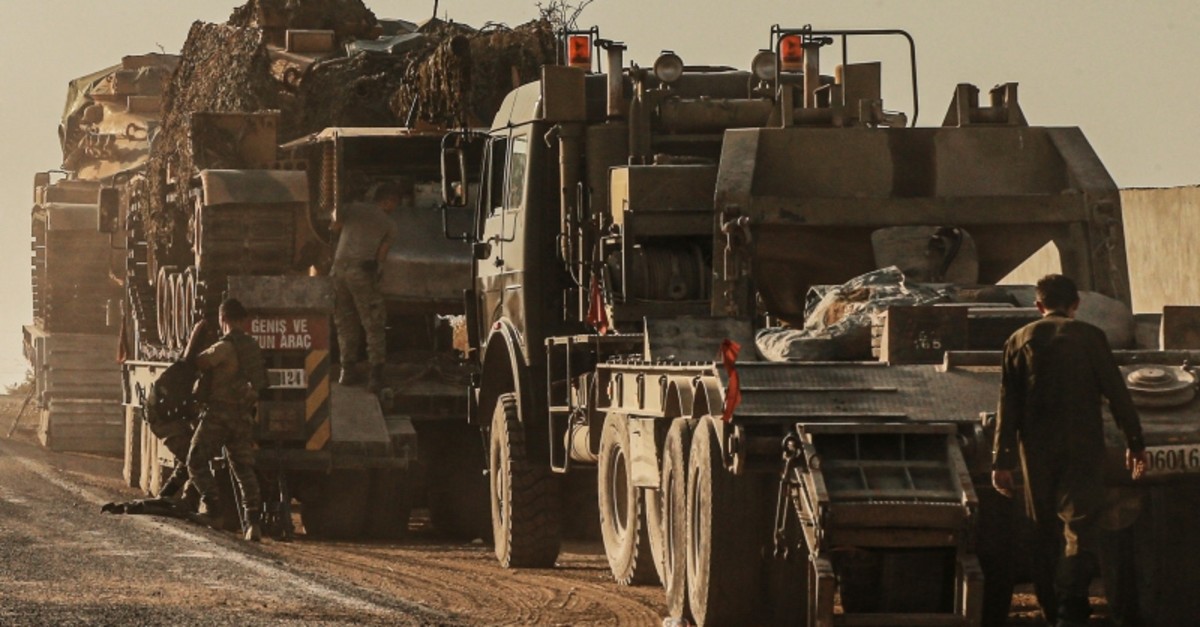 "We can't put all the blame on Turkey," Qatar's Foreign Minister Sheikh Mohammed bin Abdulrahman Al-Thani said at a Global Security Forum meeting in Doha, adding that Ankara had been forced to respond to an "imminent threat for Turkish security."

last week, Turkey launched Operation Peace Spring, the third in a series of cross-border anti-terror operations in northern Syria targeting terrorists affiliated with Daesh and the PKK's Syrian offshoot the People's Protection Units (YPG). The operation aims to establish a terror-free safe zone for Syrians return in the area east of the Euphrates River controlled by the U.S.-backed Syrian Democratic Forces (SDF), which is dominated by YPG terrorists.

"In the beginning (Turkey) said, 'don't support these groups'," Al-Thani said, referring to the YPG.

"Nobody listened. They have been trying to solve this issue now for more than a year with the United States, to create a safe zone to get the threat away from their border."

"The YPG and (its political arm the Denocratic Union Party) PYD is from a branch of the PKK which is declared a terrorist organization in the U.S., EU, Turkey — everywhere," said Abdulrahman.

"(Turkey) couldn't reach any solution with the U.S., they couldn't handle this threat until it became explosive for them."

Al-Thani said PKK leaders had been seen "migrating to Syria to be stationed there on the border" ahead of Ankara's operation.

"We don't see Turkey against the Kurds. Turkey is against a group of people within the Kurds," he said.