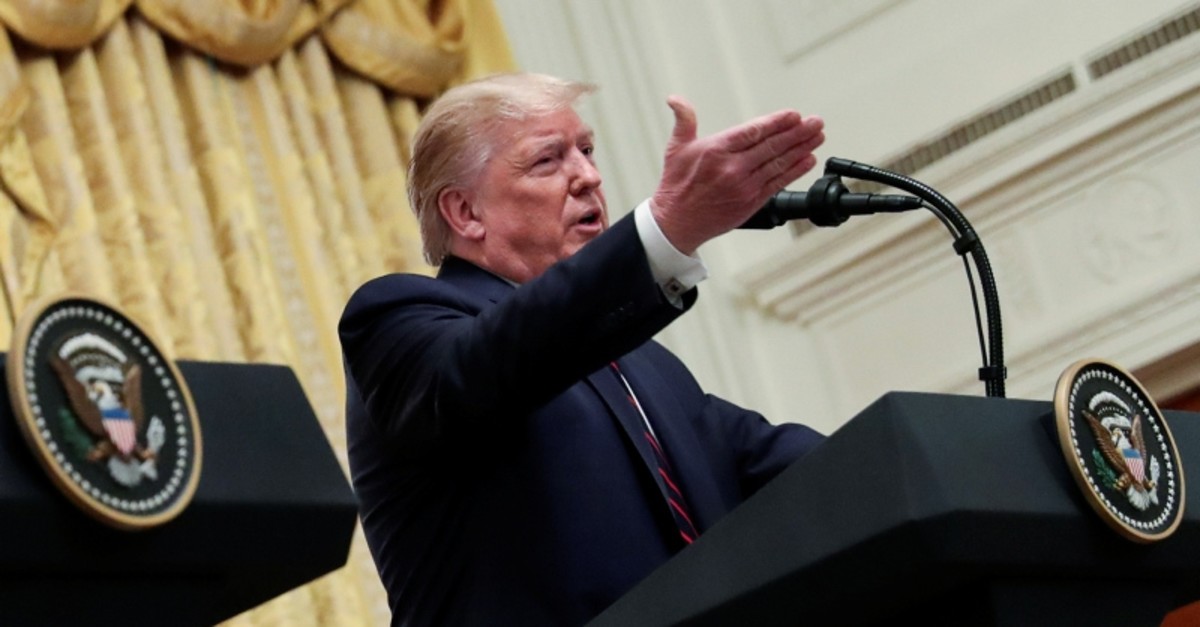 VIDEO — Trump says PKK terrorists are "no angels," and Daesh respects them because they are "tougher" militantshttps://t.co/QVCzKvQxbW pic.twitter.com/bjHYmZJ6TX


"The PKK, which is a part of the Kurds, as you know, is probably worse at terror and more of a terrorist threat in many ways than ISIS," Trump told a news conference at the White House, using a different acronym for the Daesh terrorist group.

He then said the U.S. was making the People's Protection Units (YPG), the PKK's Syrian offshoot, "look like angels."

The remarks came amid Turkey's anti-terror operation against the PKK in Syria.

"Turkey and Syria will hopefully work it out between themselves," Trump said regarding the situation in Syria, adding: "President Erdoğan's decision (to launch an operation) didn't surprise me because he's wanted to do that for a long time."