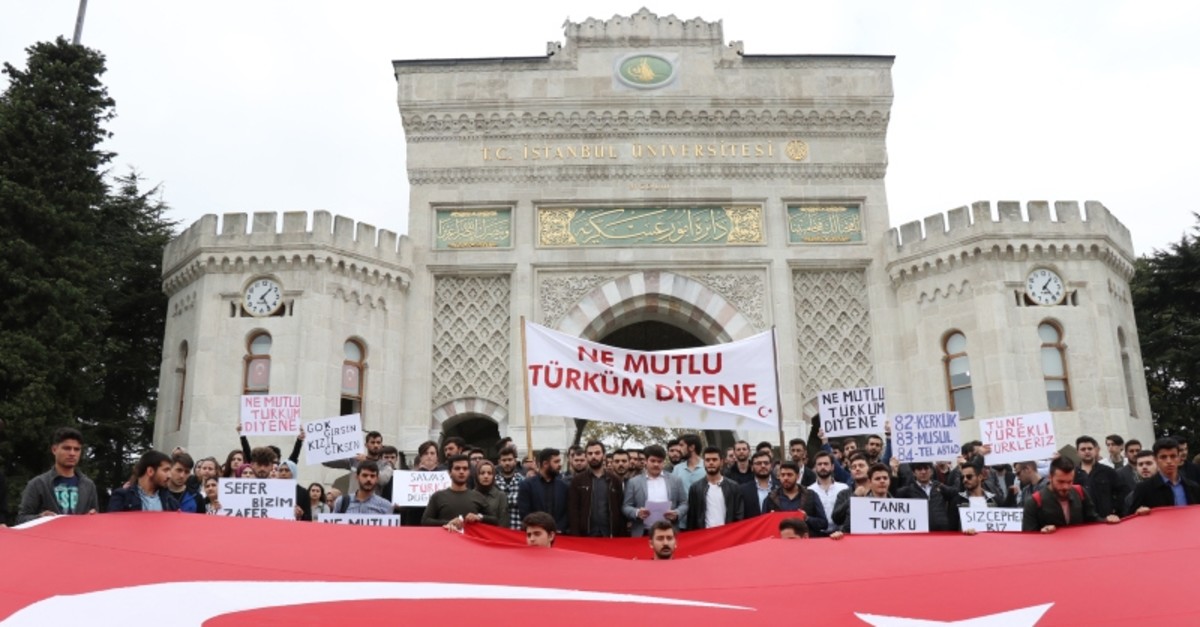 Representatives of various NGOs, trade associations and industrial unions across Turkey arranged simultaneous news conferences on Wednesday in support of the country's recently launched counterterrorism operation in northeastern Syria, calling for the international community to act against terrorists.

The events were attended by representatives from the local chambers of commerce and industry, bar associations, unions of the chamber of merchants and craftsman, and other participants from several NGOs.

The statements stressed that the operation is supported by Syrian refugees, who have been victims of the civil war, since Turkey aims to clean the region of terror elements to provide for their voluntary return to their homes. They also called on the international community to stand up to terrorism and support Turkey's fight against it.

Students of the YTU gathered in the university's compound in Davutpaşa district and marched with Turkish flags.

In a separate event, members of various student clubs at IU gathered at the university's Beyazıt compound, joined by several academicians.

In a press release, the group asserted that they support the operation, which aims to clear the Syrian lands of the PKK and related terror groups who occupied the northern part of the country and forceful deported locals.

Turkey launched Operation Peace Spring, the third in a series of cross-border anti-terror operations in northern Syria targeting terrorists affiliated with Daesh and the YPG, on Oct. 9 at 4 p.m.