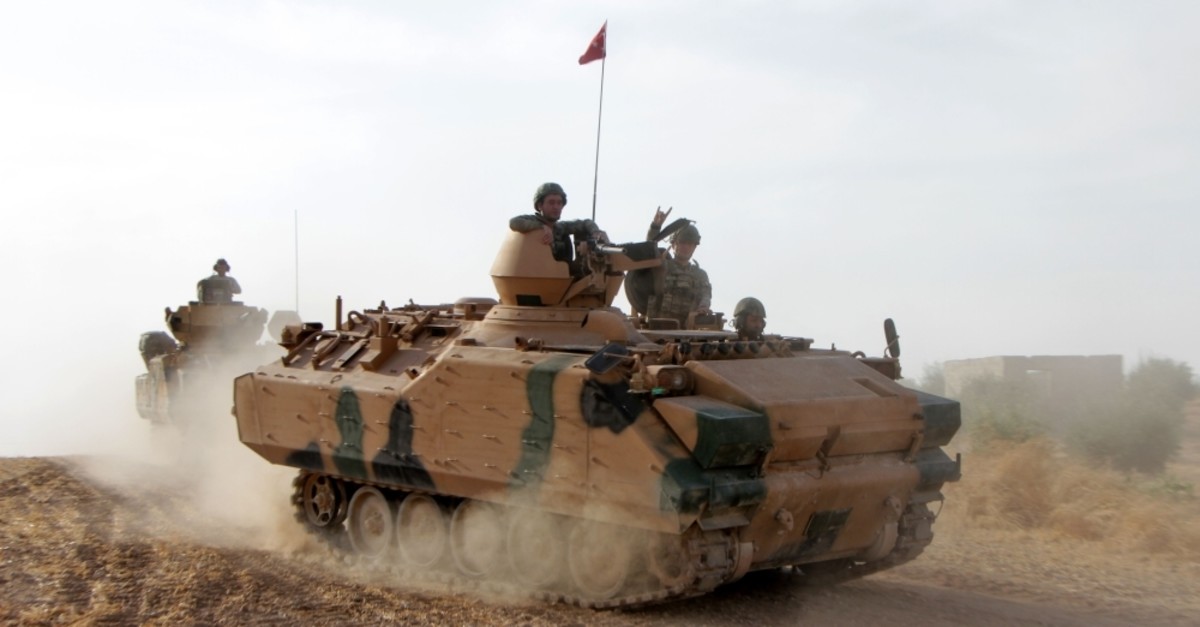 Turkish soldiers are transported in armored personnel carriers through the town of Tukhar, north of Syria's northern city of Manbij, Oct. 14, 2019. (Photo by AFP)
by Daily Sabah with Agencies Oct 16, 2019 6:26 pm

While Turkey continues its operation to clear YPG and PKK terrorists from its Syrian border, terrorists carry out bloody attacks against civilians