Turkish military does not have chemical weapons in its inventory, Defense Minister Akar says 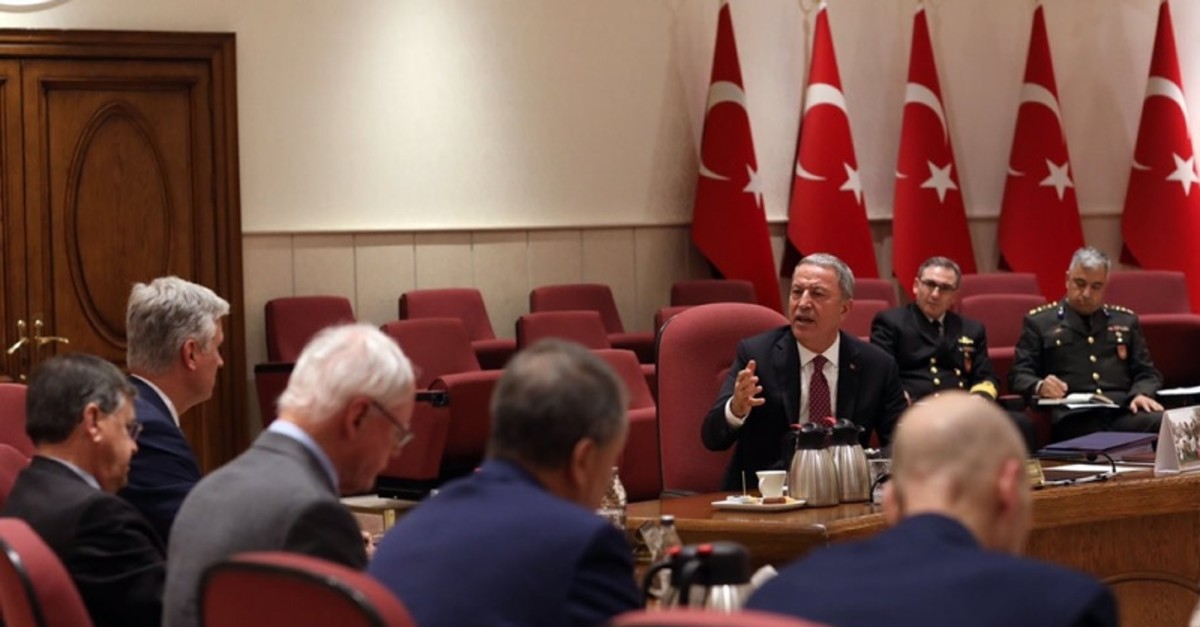 According to the Turkish Defense Ministry, they discussed the latest developments in northern Syria and the planned safe zone there and exchanged views on defense and security issues.

"Information emerged that terror groups are intending to use chemical weapons and blame it on Turkish military," Akar said after the meeting.

"Turkish military does not have any chemical weapon in its inventory, everybody knows this," the minister said.

Akar noted that Turkey gives "great importance" not only to the security of the country and nation, but also to the security of other religious and ethnic groups such as Kurds, Arabs, Assyrians, Christians, Arameans, Yazidis and Chaldeans living in the region.

Ankara plans to resettle 2 million Syrians in a 30-kilometer (19-mile) wide proposed safe zone in Syria stretching from the Euphrates River to the Iraqi border, including Manbij.