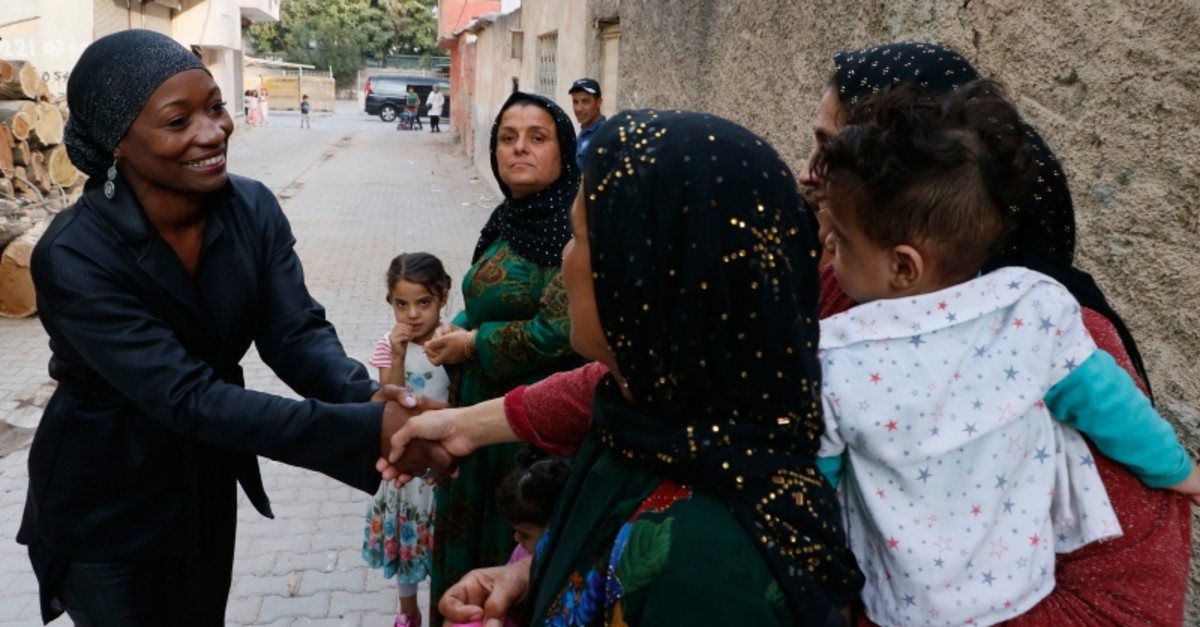 Della Miles who has worked with global stars -- including Michael Jackson and Whitney Houston -- met with locals in Turkey's border district of Akçakale, southeastern Şanlıurfa province.

She visited the region to show her solidarity with people and gave a warm hug to the children.

"I say don't stop, please keep going and it should be like a wave InshAllah (God willing)," Miles told Anadolu Agency.

She stressed that Turkey's anti-terror operation should keep going until it reaches its all goals.

"They should remove the terrorists from the region and peace should come there. Not just me but everyone in the world should contribute to it," Miles added.

Underlining that she stands by people in Akçakale, Miles said she preferred to visit the region rather than relying on fake news and disinformation on the Western and the U.S. media.

"As an American, I came here rather than relying on their broadcasting. I support the peace operation," she said.

She went on to say that everyone should visit the region and express support for the operation.

Ankara wants to clear east of the Euphrates River of the terrorist PKK and the YPG, its Syrian offshoot.