Turkey calls on European states to take back Daesh-linked citizens 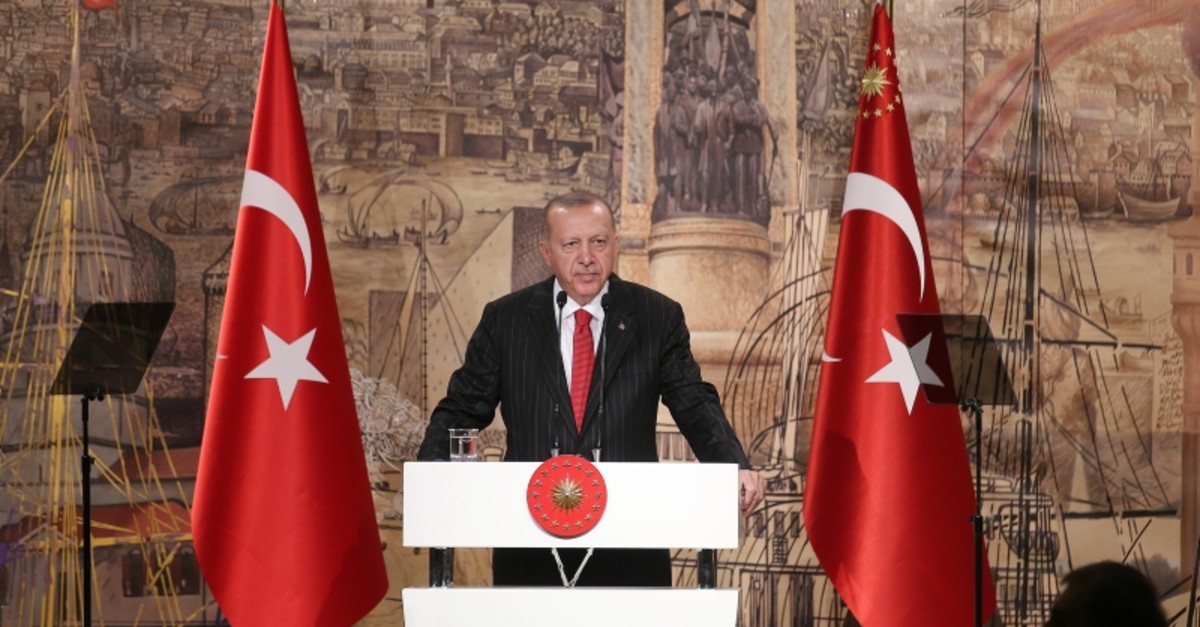 Turkey on Friday called on European countries to take back their citizens linked with Daesh terrorist group, which were released by People's Protection Units (YPG) terrorist group in Syria, and put them on trial.

"YPG terrorists released around 650 Daesh terrorists in Syria, including 150 Turkish citizens and 500 from different countries such as France, Germany and the Netherlands," Erdoğan told foreign reporters at Dolmabahçe Palace in Istanbul.

"Turkey will try its citizens who were affiliated with Daesh terror group. Will France, Germany, Netherlands take back remaining 500 Daesh terrorists released by YPG/PKK in Syria," Erdoğan questioned.

He said the number of Daesh terrorists released by the PKK's Syrian affiliate PYD/YPG is said to be close to 750. Out of all, 195 have been captured so far, he added.

On Thursday, Turkey and the U.S. came to an agreement to pause Turkey's anti-terror operation in northern Syria.

Turkey agreed to pause its Operation Peace Spring for 120 hours to allow the withdrawal of terrorist YPG/PKK forces from the planned safe zone.