Turkey to continue Syria op if US fails to deliver, Erdoğan says 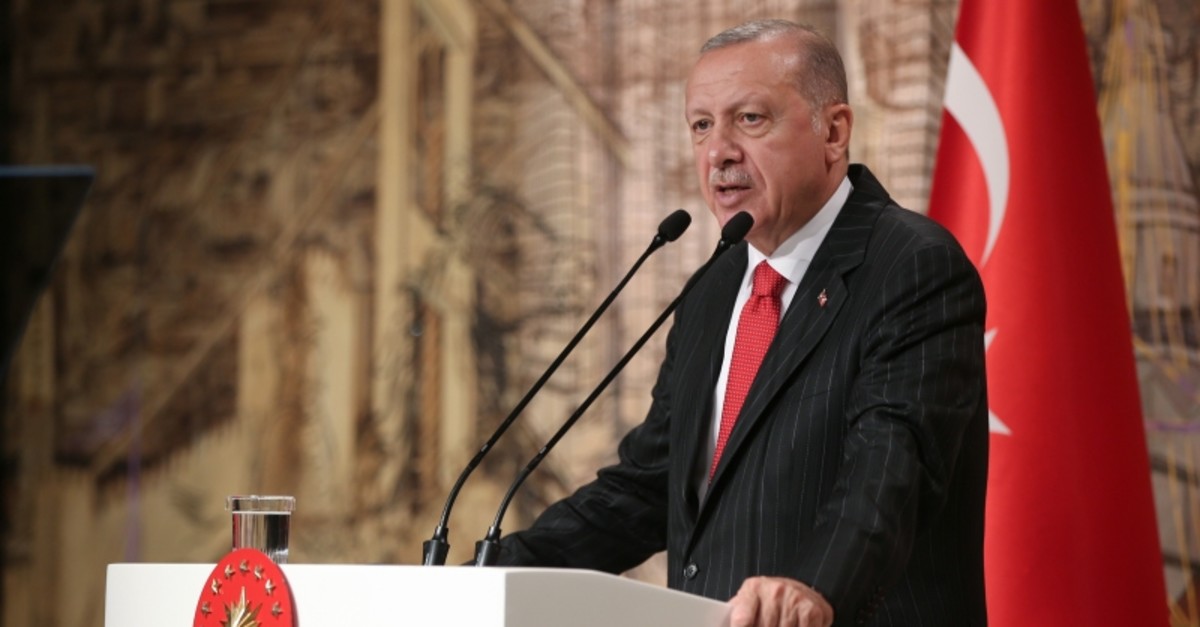 Turkey will continue its anti-terror operation in northeast Syria if an agreement with the United States to pause the operation and allow the withdrawal of People's Protection Units (YPG) terrorists is not fully implemented, President Recep Tayyip Erdoğan said Friday.

"If promises (given by the U.S.) are not fulfilled, our operation will continue the minute the 120th hour ends," Erdoğan stressed.

A U.S. delegation led by Vice President Mike Pence met with Turkish leaders, including Erdoğan, for more than four hours Thursday and agreed to a five-day pause in the Turkish operation. The arrangement said the YPG would withdraw from what has been called a safe zone that is about 20-miles deep into Syria and stretches across about 78 miles (125 kilometers) of the central portion of the border between the two countries.

Erdoğan said Turkey aims to establish 12 observation posts in the planned safe zone in northern Syria, and up to 2 million refugees can be settled in there if it includes the cities of Deir el-Zour and Raqqa. Turkey hosts 3.6 million refugees that have fled the eight-year war in Syria.

The president also told journalists that it was not a problem for Turkey if forces loyal to the regime of Bashar Assad, backed by Russia, were to enter areas cleared of the YPG, adding that Ankara had no intention of staying in areas under its control in northern Syria.

However, he warned that Turkey will respond if the Syrian regime, which has moved into some areas that YPG has already left, "makes a mistake."

Erdoğan said he had informed U.S. President Donald Trump about the operation in a phone call a day before launching it.

He also said his country "cannot forget" the bizarre letter from Trump about the Turkish operation, but added that the mutual "love and respect" between the two leaders prevents him from keeping it on Turkey's agenda.

These are Erdoğan's first comments concerning the Oct. 9 letter from Trump, in which, among other things, he warned Erdoğan not to be a "tough guy."

Erdoğan said that Turkey would "do what's necessary" concerning the letter "when the time comes." He did not elaborate.

He added: "President Trump's letter, which did not go hand in hand with political and diplomatic courtesy, has appeared in the media. Of course we haven't forgotten it. It would not be right for us to forget it."