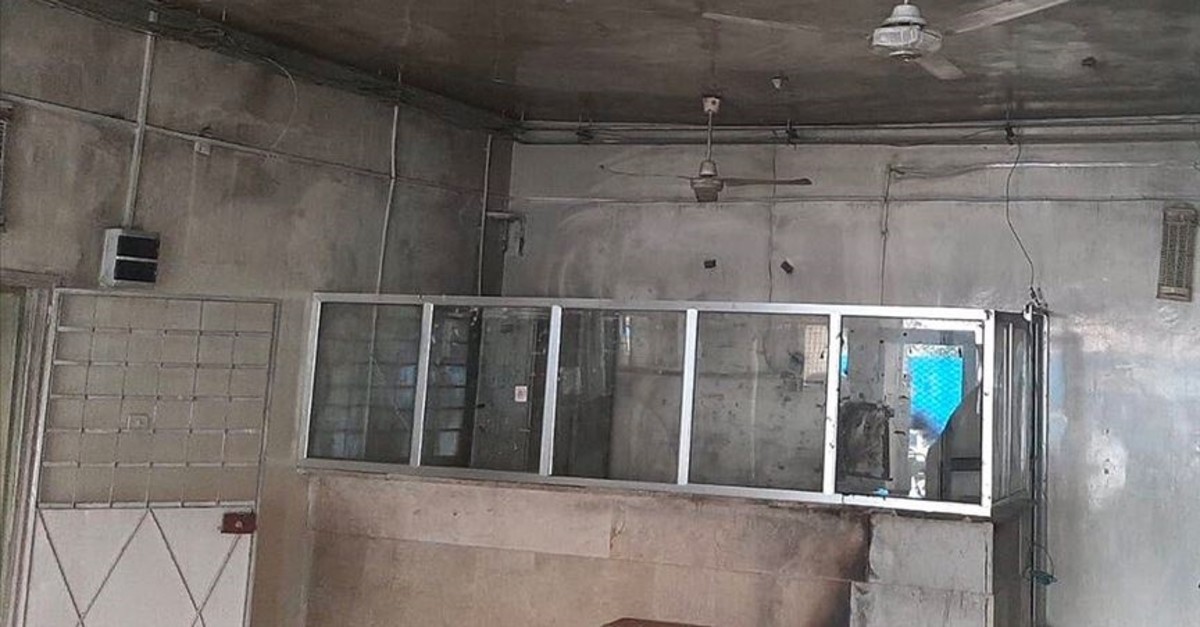 The PKK-affiliated People Protection Units (YPG) stole and partially burned equipment while fleeing from the Turkish military and the Syrian National Army (SNA) during Operation Peace Spring in northeastern Syria.

Sharing photos of the burned hospital rooms on Twitter, the Ministry of Defense said that they were examining the facilities to rapidly bring it back to the service of the people.

"We found that the equipment is no longer usable as they have been burned by the PKK/YPG terrorists and some of the materials were stolen by them," the ministry said.

Tal Abyad was liberated by the Turkish forces and the SNA on Oct. 13 during the Operation Peace Spring. The operation was launched on Oct. 9 in order to secure Turkey's borders, aid the safe return of Syrian refugees and ensure Syria's territorial integrity. The operation, conducted in line with the country's right to self-defense borne out of international law and U.N. Security Council resolutions, aims to establish a terror-free safe zone for Syrians return in the area east of the Euphrates River controlled by the U.S.-backed Syrian Democratic Forces (SDF), which is dominated by YPG terrorists.