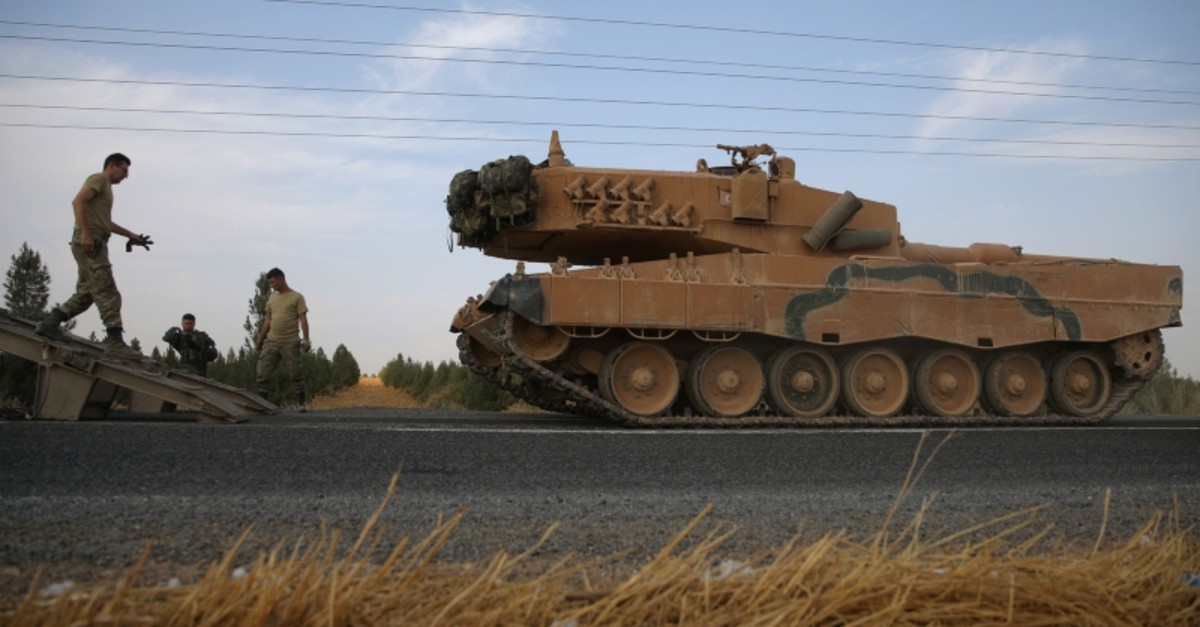 YPG/PKK terrorists have launched 12 attacks and harassing fire in Ras al-Ayn, one in Tal Abyad and one in Tal Tamr in northern Syria, the ministry said in a statement.

According to the statement, terrorists used various light and heavy weapons including mortars, rockets, anti-aircraft and anti-tank weapons during the attacks.

Terrorists targeted SNA soldiers despite the Turkey-U.S. deal on pausing Operation Peace Spring for withdrawal of terrorists from safe zone area within 120 hours.

Terrorist YPG/PKK attacked SNA soldiers with snipers and wounded three of them.

Wounded soldiers were brought to Akçakale district of Şanlıurfa province of Turkey for treatment.

Turkey and the U.S. reached a deal on Thursday, which involves the withdrawal of YPG terrorists from the demarcation line 20 miles (32 kilometers) south of the Turkish border. The U.S. will facilitate the withdrawal, while Turkey has agreed to pause Operation Peace Spring for 120 hours.