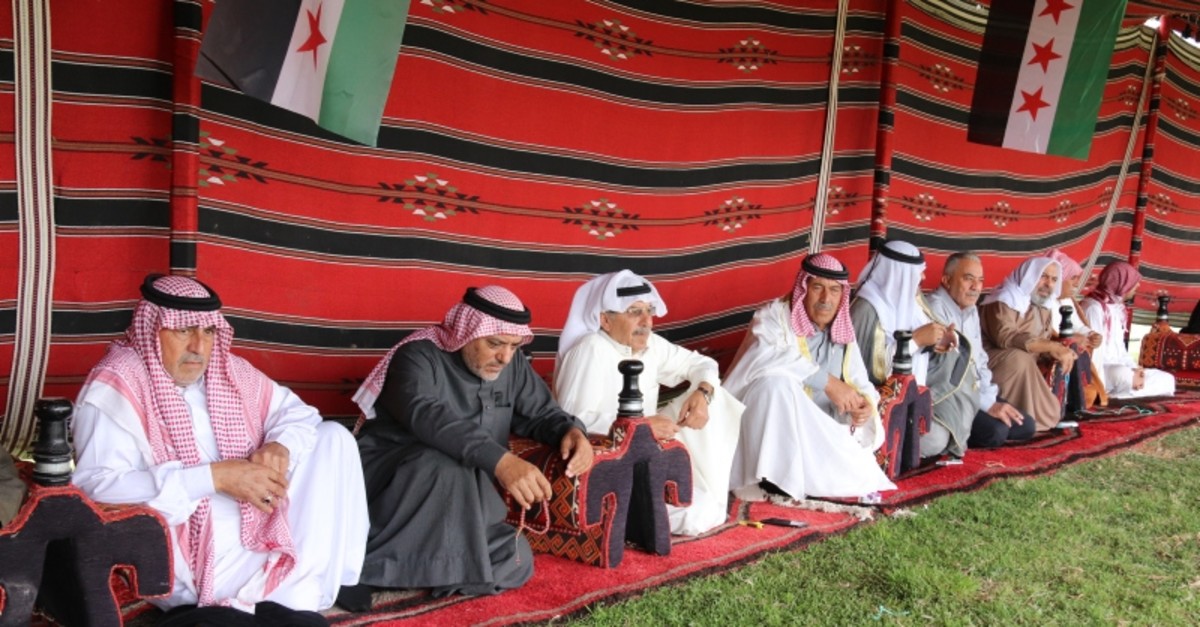 The Supreme Council of the Syrian Tribes and Clans on Sunday called on Turkey to liberate Manbij from People's Protection Units (YPG) terrorists.

The council, meeting in the opposition-controlled town of Azez, on Sunday expressed support for Turkey's anti-terror Operation Peace Spring.

At the meeting, which was also attended by Syrian National Army (SNA) generals, the council called on Turkey to also liberate the Manbij district, which has been under the control of the YPG and, in recent days, has been entered by Assad regime forces.

"Our brothers from Manbij asked us to hold a meeting here today to call for the rescue of their districts," council member Abu Ali Succo told an Anadolu Agency correspondent.

"We're ready to enter the liberated areas," Succo said, adding that the clans and tribes who are the owners of the land want to rebuild Manbij and Ayn al-Arab (Kobani).

"We will liberate all of Syria," he said.

On Oct. 17, Turkey agreed to pause its Operation Peace Spring for 120 hours to allow the withdrawal of terrorist YPG forces from the planned safe zone.