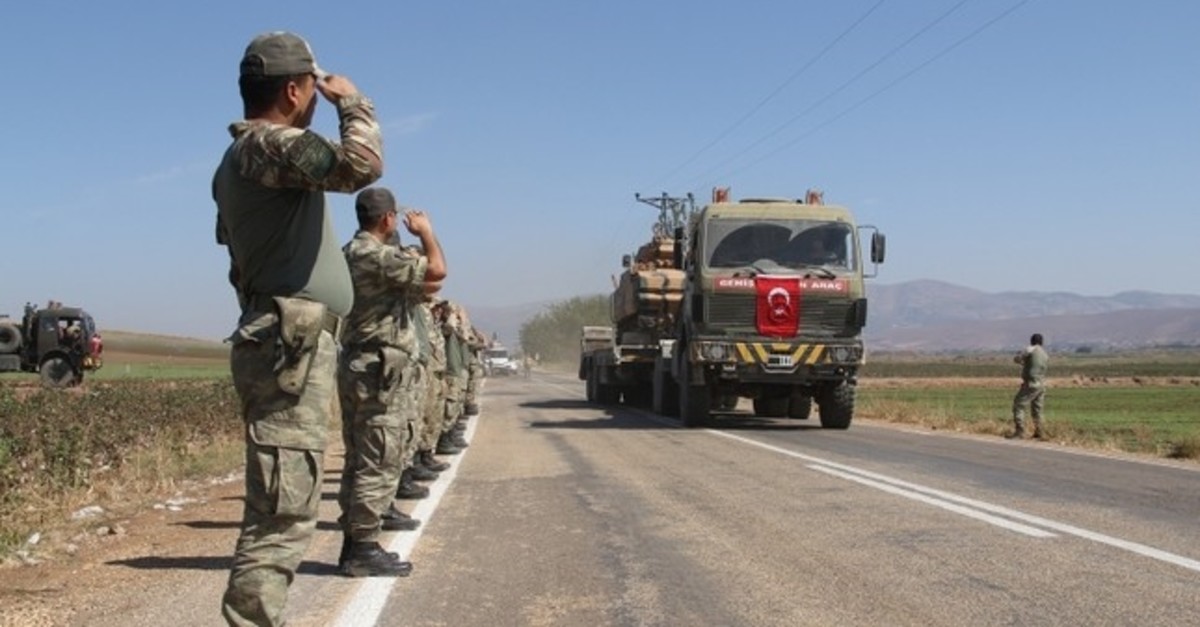 A Turkish soldier was killed and another wounded in an attack by the PKK-affiliate People Protection Units (YPG) forces on Sunday despite the ceasefire deal, the Turkish Defence Ministry said.

"One of our heroic comrades fell martyr and another was wounded after anti-tank and small arms fire by PKK / YPG terrorists during their reconnaissance and surveillance mission" in the Tal Abyad border area, the ministry said in a statement published on Twitter.

The immediate response based on self-defense was given, it added.

Turkey had agreed to suspend its Operation Peace Spring for five days to allow the terrorist forces to withdraw from a safe zone along the border. Despite the agreement, there has been 20 attacks by the YPG forces in Syria.

"Despite all the hostile acts in violation of the agreement, a convoy of 39 vehicles, mostly ambulances, safely entered and exited Ras al-Ain on Saturday" to help evacuate the wounded, the ministry said.

In an interview with AFP, Turkish presidency spokesman Ibrahim Kalin said Ankara abided by the agreement and urged the US to use its leverage to ensure YPG forces' pullout.

"We are committed to this agreement: Within five days they are supposed to leave and we have told our American colleagues to use their leverage, their connections to make sure that they leave without any incidents," he told AFP in Istanbul on Saturday.