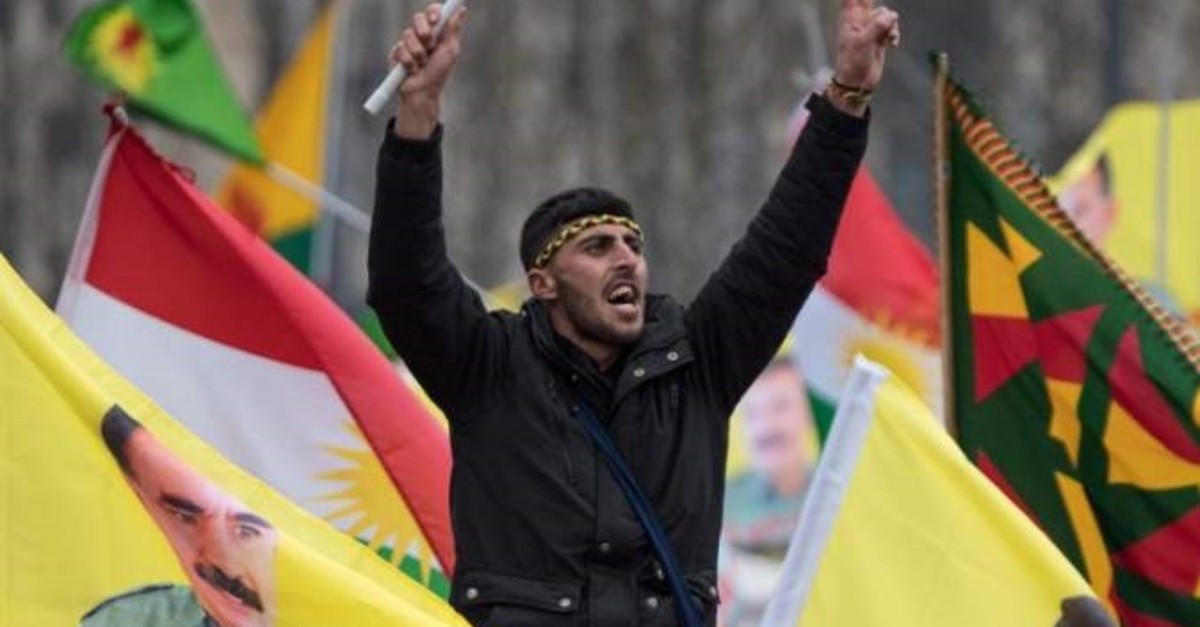 Pro-PKK demonstrators attacked a German police officer during a protest against Turkey's counterterrorism operation in northern Syria, reportedly stealing a weapon and ammunition from the officer.

The attack was carried out during a demonstration in NeuKölln in Berlin, according to a report published by Germany’s B.Z. newspaper on Oct. 17.

The report said that the police detained a demonstrator after a group of PKK sympathizers attacked and kicked a police officer in an elevator.

During the detention of the demonstrator, another protester reportedly stole a gun and ammunition from the officer. Both the previously detained demonstrator and the one who stole the ammunition managed to escape, the report noted.

In September, German police revealed that a light machine gun belonging to the police force has been missing since November 2018, along with various ammunition, the report added.

Meanwhile, according to a 2018 report by Germany's Spiegel magazine, 75 rifles and pistols and nearly 57,000 ammunition rounds have been stolen from the German military over the past eight years. The numbers were reportedly based on a confidential list prepared by the German Ministry of Defense.

The list was prepared upon request by Green Party deputies Irene Mihalic and Konstantin von Notz. The lawmakers wanted to know whether right-wing soldiers within the Bundeswehr (German Armed Forces) could have possibly stocked up the weapons and ammunition.

Supporters of the PKK terror group and its Syrian offshoot the People's Protection Units (YPG) have been terrorizing Germany, as they have in many other European countries, under the guise of protesting Turkey's counter-terrorism operation in northern Syria.

At least 14 attacks have been carried out by YPG/PKK supporters across Germany since Oct. 9.

Four Turks were injured in the most recent attack that took place in the city of Ludenscheid, Germany, on Oct. 16. One of the wounded, a 50-year-old man, was stabbed by supporters of the PKK-affiliated YPG, a spokesman for the police said in a statement.

The incident occurred during a protest organized by the YPG and PKK terrorist group supporters against Operation Peace Spring, which was launched by Turkey to clear its border with Syria from terror elements and create a safe zone for Syrian refugees to safely return their homes.