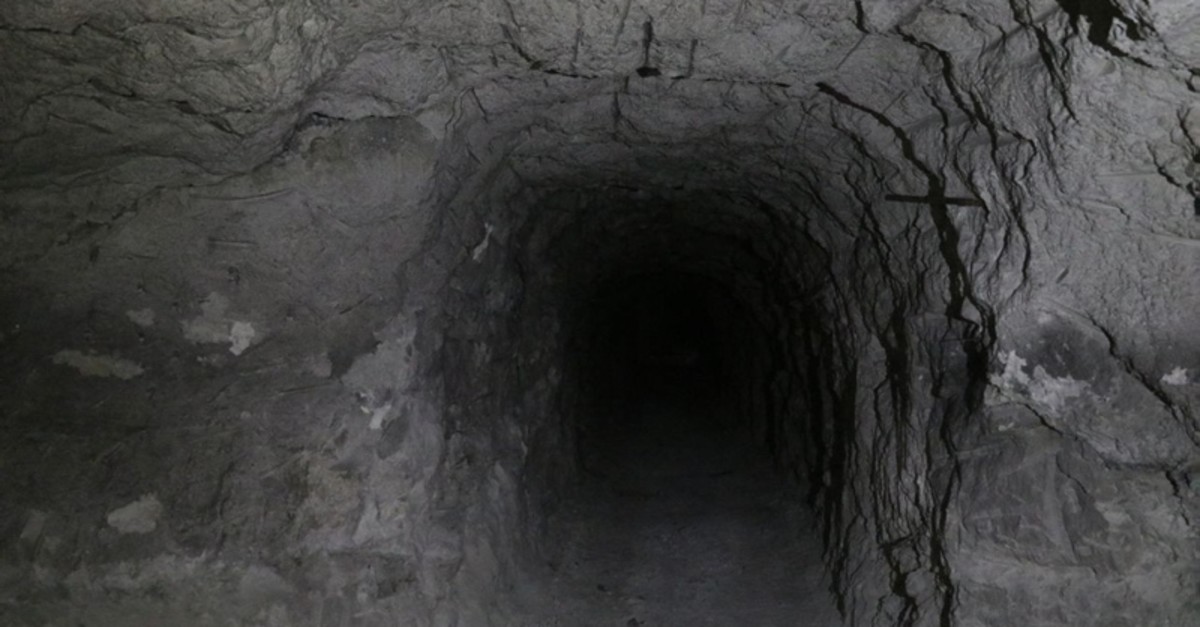 | AA Photo
by Anadolu Agency Oct 21, 2019 4:41 pm
A tunnel network has been found in Syria's Ras Al-Ayn town which has been freed from YPG/PKK terrorist group recently as a part of Turkey-led Operation Peace Spring.
Anadolu Agency's camera screened the tunnel which covers various parts of Ras Al-Ayn, and has an exit to the Turkish border.
It was dug by the terror group around 13 meters (43 feet) in depth below the surface with a height of three meters (10 ft) and width of 2.5 m (8 ft) with ventilations every 10 m (33 ft) and rest points. YPG/PKK terrorist group has dug tunnel networks in Manbij, Ayn Al-Arab (Kobani), Tal Abyad, Ras Al-Ayn, Qamishli and Al-Malikiyah to target Turkish troops. Turkey on Oct. 9 launched Operation Peace Spring to eliminate terrorists from northern Syria in order to secure Turkey's borders, aid in the safe return of Syrian refugees and ensure Syria's territorial integrity. Ankara wants to clear the area in northern Syria east of the Euphrates River of the terrorist PKK and the YPG, its Syrian offshoot. On Oct. 17, Turkey agreed to pause the operation east of the Euphrates River for 120 hours to allow the withdrawal of YPG/PKK terrorists from the planned safe zone. Turkish President Recep Tayyip Erdogan and U.S. Vice President Mike Pence also agreed on Turkey having 20 miles (32 kilometers) of safe zone south of the Turkish border in Syria. In its more than 30-year terror campaign against Turkey, the PKK -- listed as a terrorist organization by Turkey, the U.S. and the EU -- has been responsible for the deaths of some 40,000 people, including women, children, and infants. The terrorist YPG/PYD is its Syrian branch. * Writing by Mahmoud Barakat
Last Update: Dec 20, 2019 1:09 am
RELATED TOPICS