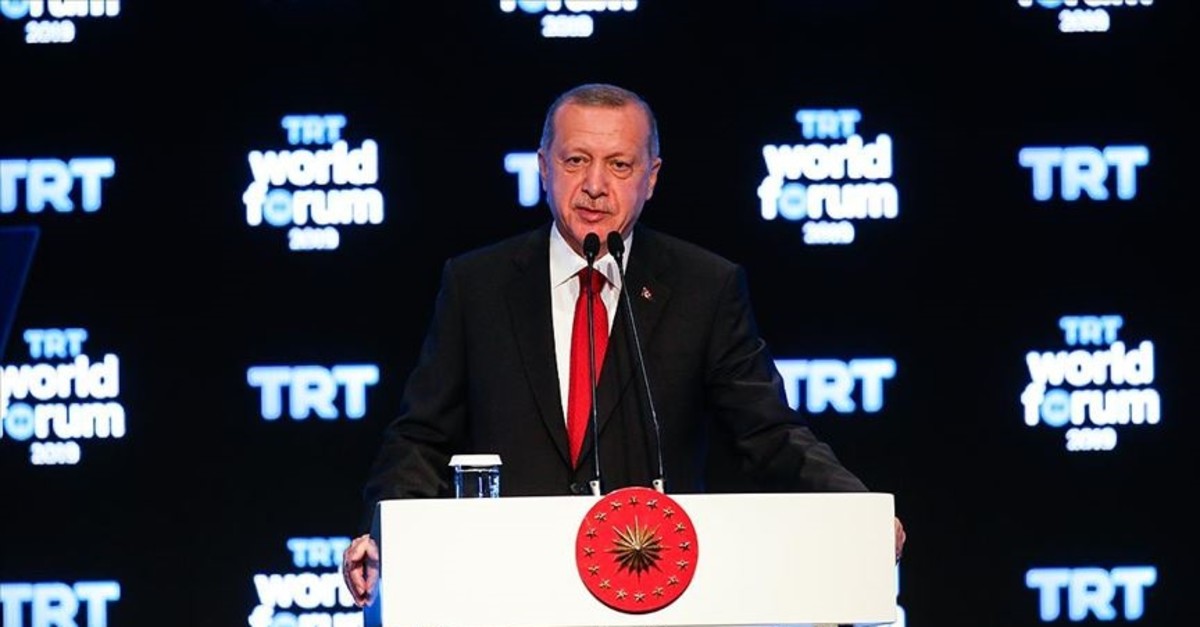 Turkey has no eyes on anybody's land, freedom or interests, but is currently carrying out an anti-terror operation in northeastern Syria out of necessity to ensure national security, President Recep Tayyip Erdoğan said Monday.

"Others may have different interests in Syria, Iraq, Afghanistan, Libya, Africa and the Balkans but Turkey is there (in Syria) only because of a common fate with our brothers and sisters," the president said, adding: "This is a virtue that those who think a few drops of oil are more important than blood cannot understand or comprehend."

Erdoğan highlighted that Turkey will continue to maintain its firm stance against terrorists and oppressors and will never sit on the negotiating table with the terrorists.

"Even though the center of gravity that has been changing and the world seems like it has changed in the past few centuries, this region remains as the focus of the struggle," the president said, adding that this puts Turkey in the center of all developments.

The president touched upon the injustice regarding the United Nations Security Council, which gives veto power to the five permanent members, often making the U.N. ineffective at times of global crises.

"It is not humane or fair to confine critical global decisions affecting millions of people to five permanent members of the U.N.; we repeat, the world is bigger than five," Erdoğan said.

The president criticized the West for siding with People's Protection Units (YPG) terrorists, and questioned their sincerity regarding the fight against terrorism.

"The West as a whole stood on the side of terrorists and attacked us. All of them, including NATO and the European Union countries. You say you're against terrorism but since when you started acting in line with the terrorists?"

Erdoğan also said he will be traveling to the Russian Black Sea city of Sochi on Tuesday to hold a meeting with Vladimir Putin to discuss the developments in Syria and steps to be taken.

Turkey and Washington agreed on Thursday for Ankara to halt its operation for 120 hours while YPG terrorists withdraw from a safe zone in northeastern Syria.

The TRT World Forum is taking place on Oct. 21-22 to discuss a number of global issues. This year's theme was announced as "Globalization in Retreat: Risks and Opportunities."