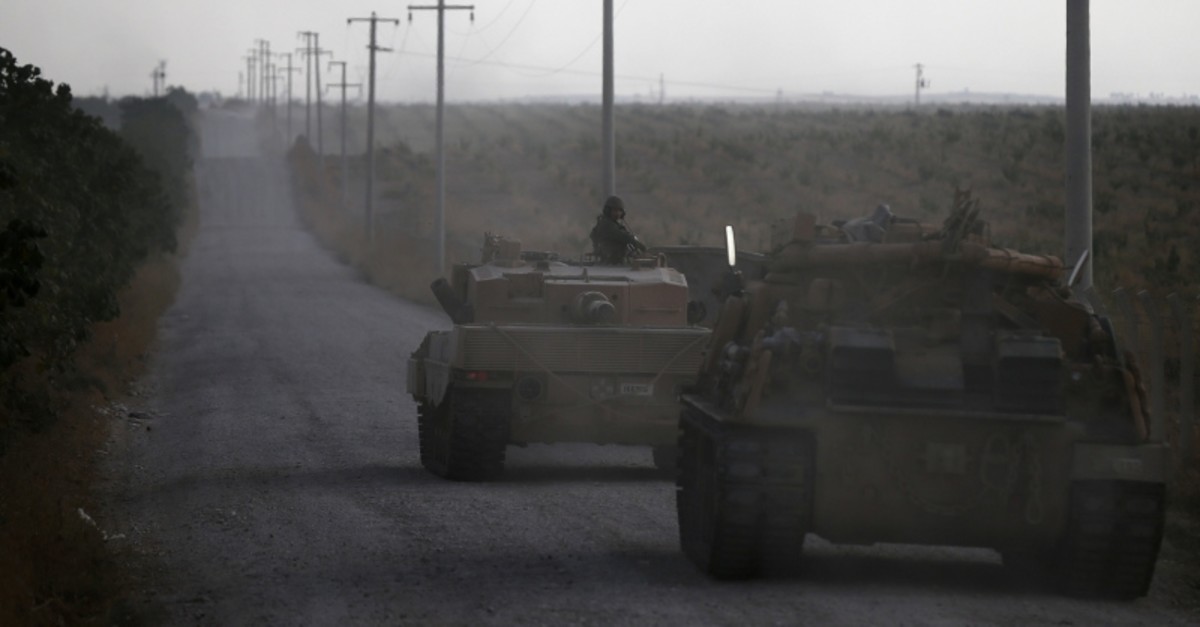 The soldiers in charge of reconnaissance and surveillance were injured by drone, mortar and light weapon attacks in the Operation Peace Spring area, the ministry said.

The necessary response was given within the framework of self-defense rights, the ministry added.

Turkey launched Operation Peace Spring, the third in a series of cross-border anti-terror operations in northern Syria targeting terrorists affiliated with Daesh and the PKK's Syrian offshoot the YPG, on Oct. 9 at 4 p.m. The operation was paused on Oct. 17 after a deal between Ankara and Washington to give the YPG five days to withdraw from the proposed safe zone area.
The operation, conducted in line with the country's right to self-defense borne out of international law and U.N. Security Council resolutions, aims to establish a terror-free safe zone for Syrians return in the area east of the Euphrates River controlled by the U.S.-backed Syrian Democratic Forces (SDF), which is dominated by YPG terrorists.
On Tuesday, Turkey also reached an agreement with Russia on a 10-point plan to create a terror-free safe zone in northern Syria and they reiterated their commitment to the political unity and territorial integrity of Syria.
According to the agreement, PKK/YPG terrorists will pull back 30 kilometers (18.6 miles) from Turkey's border within 150 hours and security forces from Turkey and Russia will conduct joint patrols there.
Turkey repeatedly expressed its determination to clear northern Syria of both Daesh and YPG/PKK terrorist groups.
In its more than 30-year terror campaign against Turkey, the PKK — listed as a terrorist organization by Turkey, the U.S. and the European Union — has been responsible for deaths of 40,000 people, including women, children and infants.