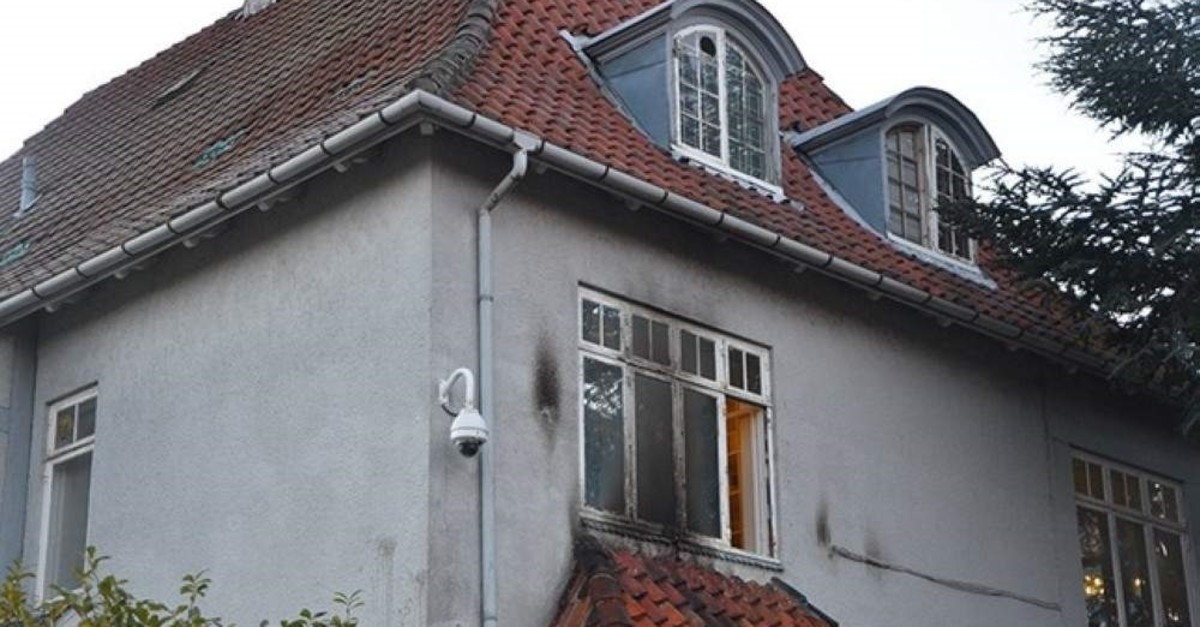 A Danish court approved Wednesday the sentence of four PKK-linked suspects who attacked the Turkish embassy in Copenhagen with Molotov cocktails in 2018.

The suspects appealed their sentences back in February.

The initial verdict foresaw that three of the four suspects were to be jailed for one year and nine months. The fourth received an 18-month sentence after he cooperated with the prosecutors for a reduced sentence. On top of that, the court ruled that the suspects were to be deported after serving their jail terms.

Although no group had claimed responsibility for the arson itself, the PKK terrorist group frequently carried out attacks targeting Turkish community centers, mosques, shops and diplomatic missions throughout Europe and increased such attacks across the continent following Operation Olive Branch.

The attacks or their timing are not surprising, as supporters of the PKK up their attacks and terrorize Turkish places of worship and establishments in Europe whenever Turkey takes action against the terror group and its affiliates. Operation Peace Spring, Turkey's third anti-terror operation launched on Oct. 9., saw similar protests and violent attacks against Turks.