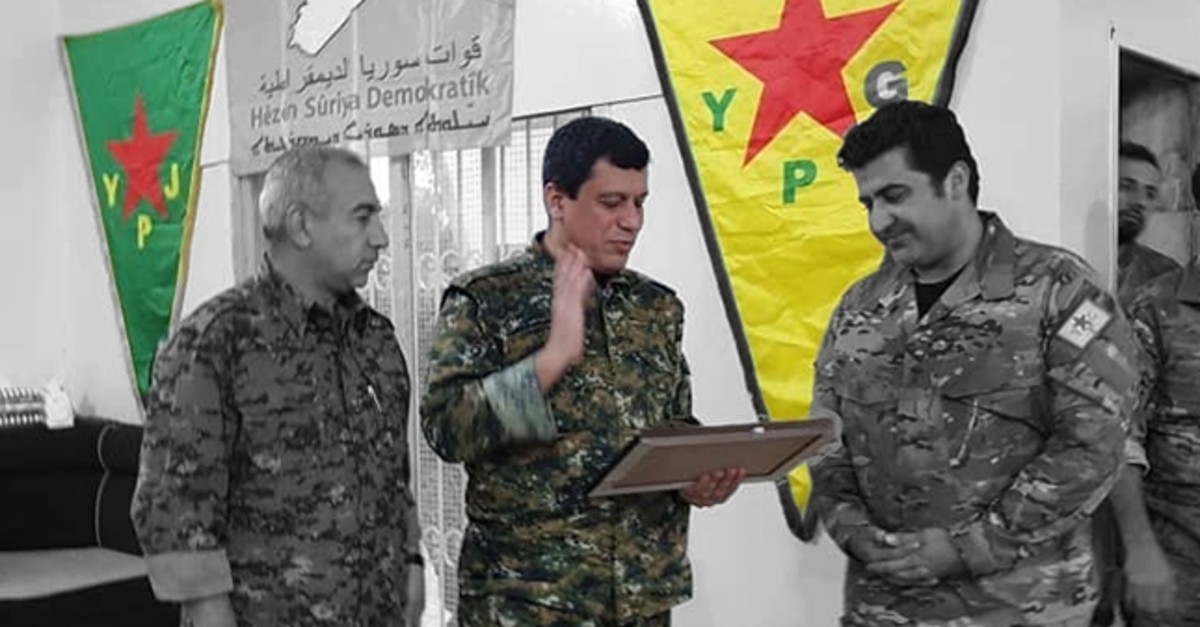 by Daily Sabah Oct 25, 2019 5:10 pm
Social media platform Twitter shocked the world and came under fire Friday when it verified the account of Ferhad Abdi Şahin, an internationally-sought terrorist and the ringleader of the U.S.-backed Syrian Democratic Forces (SDF).
A blue checkmark badge was seen next to Şahin’s name, who also goes by the codename "Mazloum Kobani."
Şahin is the commander-in-chief of the SDF, which is dominated by the People’s Protection Units (YPG), an armed terror group that operates as the Syrian offshoot of the PKK terror organization.
The PKK is recognized as a terrorist organization by Turkey, the U.S. and the European Union and has waged a terror campaign against Turkey for more than 30 years, resulting in the deaths of nearly 40,000 people, including women, children and infants.
Interpol currently has a Red Notice warrant out in Şahin’s name for playing a crucial role in the PKK-linked YPG.
He is the adopted son of the PKK’s imprisoned leader Abdullah Öcalan, who is now serving a life sentence in a Turkish prison.
Şahin is also sought by the Turkish Interior Ministry with a red notice. The ministry divides its “wanted” list into five color-coded categories, with red marking the most wanted and dangerous, followed by blue, green, orange and gray, depending on the sensitivity of their criminal activity. The terrorist leader’s involvement in the PKK goes back to 1996 when he engaged in militant activity in Turkey’s southeastern Hakkari province.
The move comes as no surprise, however, as the micro-blogging platform has been involved in similar scandals in the past.
In 2017, it drew ire for verifying the account of Jason Kessler, the organizer of the violent white supremacist rally in Charlottesville, Virginia.
Last Update: Dec 20, 2019 1:14 am
RELATED TOPICS