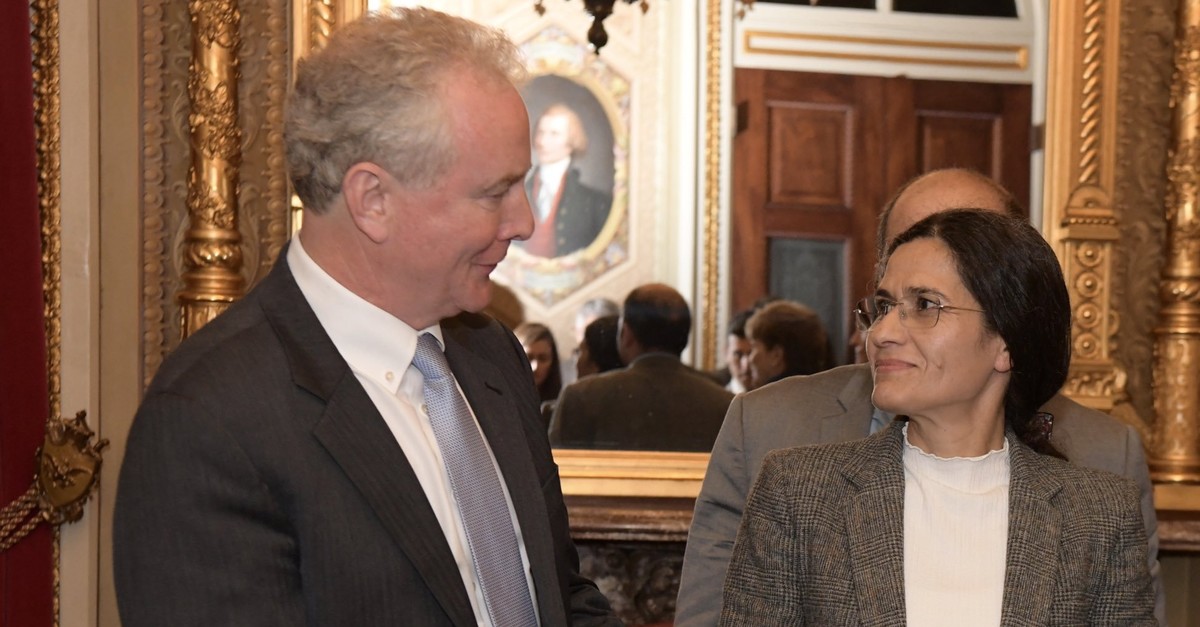 A senior People's Protection Units (YPG) terrorist visited the U.S. Congress and Pentagon and held meetings with officials, despite Turkey's outrage and warnings about the terrorist group, reports said Saturday.

Ilham Ahmed, who is the co-chair of the so-called Syrian Democratic Council in Syria, told U.S. lawmakers that President Donald Trump's decision to withdraw American troops was "akin to genocide."

The SDC is the political wing of the U.S.-backed Syrian Democratic Forces (SDF), which is dominated by the PKK's Syrian offshoot YPG.

Turkish officials are disturbed by the U.S. and other allies' talks and cooperation with PKK-linked figures. For instance, Trump recently said he spoke with Ferhat Abdi Şahin (Mazloum Kobani), who is the ringleader of the SDF and is sought with a Red Notice. The U.S. president praised the terrorist leader, noting that he would soon visit Washington, while Turkish officials urged the U.S. to immediately extradite him as per the Interpol arrest warrant.

Turkey has long decried the threat from terrorists east of the Euphrates in northern Syria, pledging military action to prevent the formation of a "terrorist corridor" there and launched Operation Peace Spring on Oct. 9. The military operation was first paused after a deal with the U.S., then another deal with Russia, ordering the withdrawal of YPG terrorists within 150 hours.