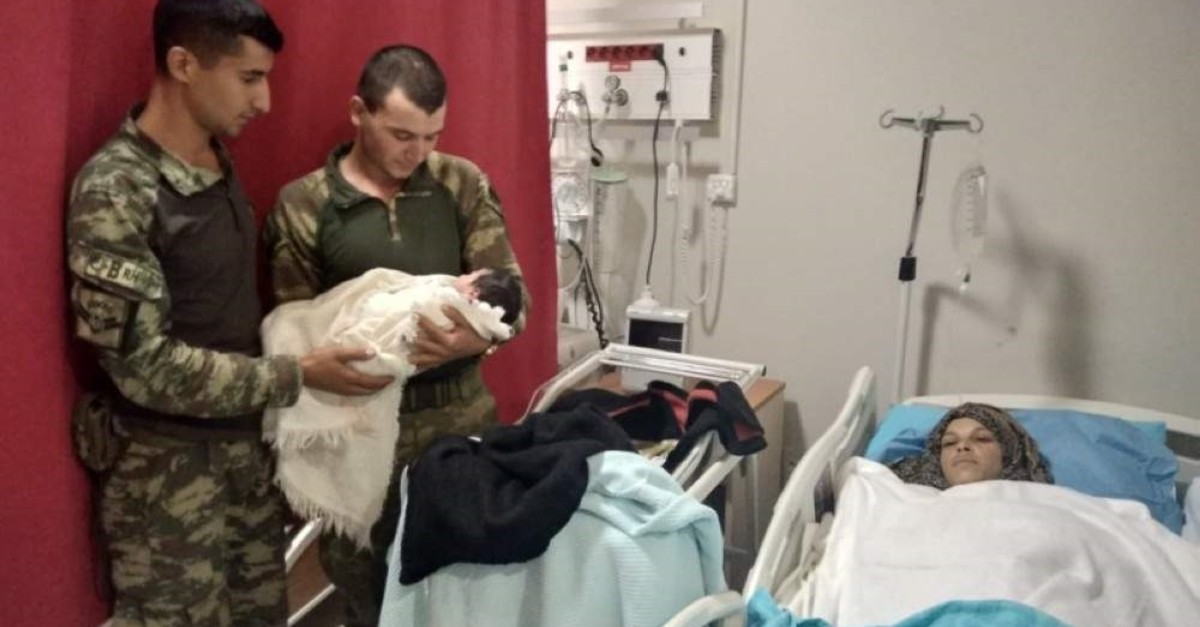 A pregnant Syrian woman who was rushed to the hospital by Turkish soldiers after going into labor named her newborn baby girl "Pınar," meaning spring, in honor of Turkey's Operation Peace Spring in northern Syria.

According to Turkey's Ministry of National Defense, Turkish soldiers who were clearing landmines and improvised explosive devices in the newly liberated Tal Abyad and Ras al-Ayn took quick action after hearing that the expectant mother had gone into labor.

The soldiers transported Ziheyye al-Halil in an armored personnel carrier across the border to Akçakale State Hospital in Turkey's Şanlıurfa province.

Al-Halil gave birth to a healthy baby girl, naming her in honor of Turkey's counterterrorism operation.

The soldiers wished baby Pınar and her mother "a life full of health and happiness."