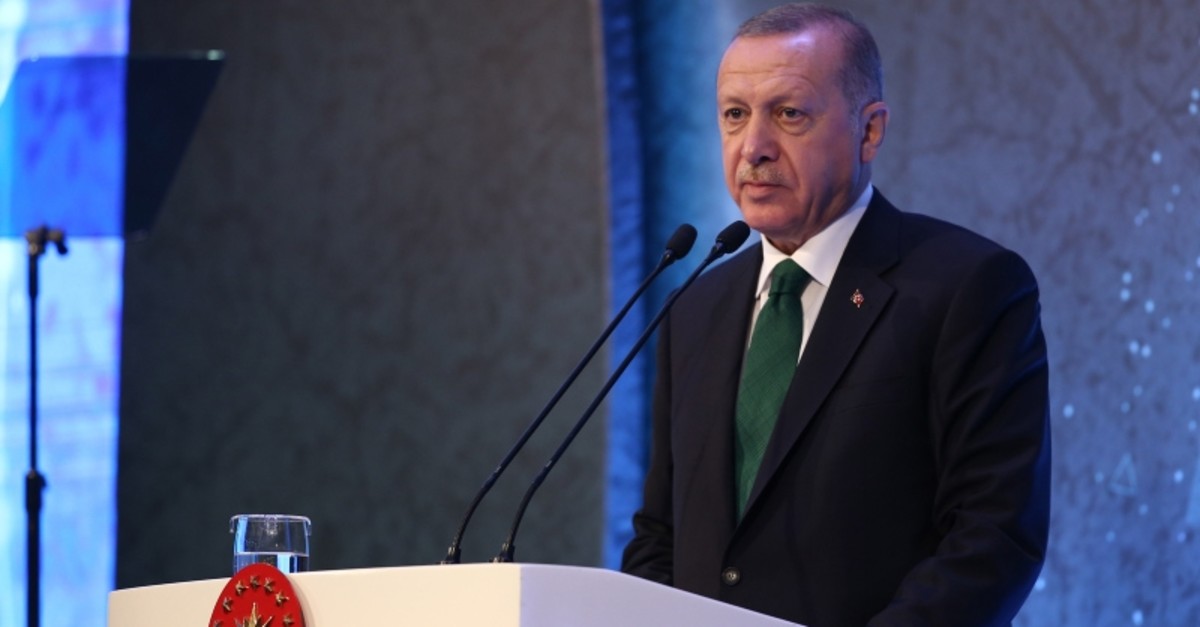 The safe zones in Syria, established through Turkey's lengthy efforts, are the most peaceful and livable places in the country today, President Recep Tayyip Erdoğan said Thursday.

Turkey, however, was left alone at almost every step it took during the Syrian crisis, he added.

Erdoğan said those who did nothing in the last eight years, except erecting barbed wires for Syrian refugees, continue blocking Turkey's efforts to ease the refugees' homesickness.

“If necessary Turkey on its own will establish a city for refugees in Syria,” he said at a gathering in Istanbul.

Earlier on Oct. 9, Turkey launched Operation Peace Spring, the third in a series of cross-border anti-terror operations in northern Syria. The operation aims to drive Daesh, and PKK-affiliated People's Protection Units (YPG) terrorists away from Turkey's southeastern border with Syria and establish a terror-free safe zone for the repatriation of Syrian refugees.

He reiterated that Turkey's expenditure on refugees for the period of over 8.5 years has exceeded $40 billion, while support from the EU through NGOs was €3 billion ($3.3 billion) only.

Turkey hosts around 4 million refugees - mainly from Syria - more than any other country in the world.

"We did not provide all these services with any expectation, but as our human and moral responsibilities," he added.

Erdoğan went on saying that unsolicited "advice" was the only support which Turkey received from the international community.

"The mentality which considers a drop of oil more valuable than a drop of blood sees nothing but its own interest in Syria and around the world. When we look around, we see only humans, souls and life," he said, adding that this is what differentiates Turkey from others.

He also noted that the average life expectancy in Syria, which has suffered major devastations, has declined from 73 to 63.

Speaking at the same program, Erdoğan extended his condolences to the 65 victims, who lost their lives in the train fire in Pakistan and wished a speedy recovery for the wounded survivors.

"On behalf of my country, I extend my deepest condolences to the people of Pakistan – our friends and brothers," he said on Twitter.

The deadly fire had broken out on a passenger train in northeast Pakistan on Thursday.